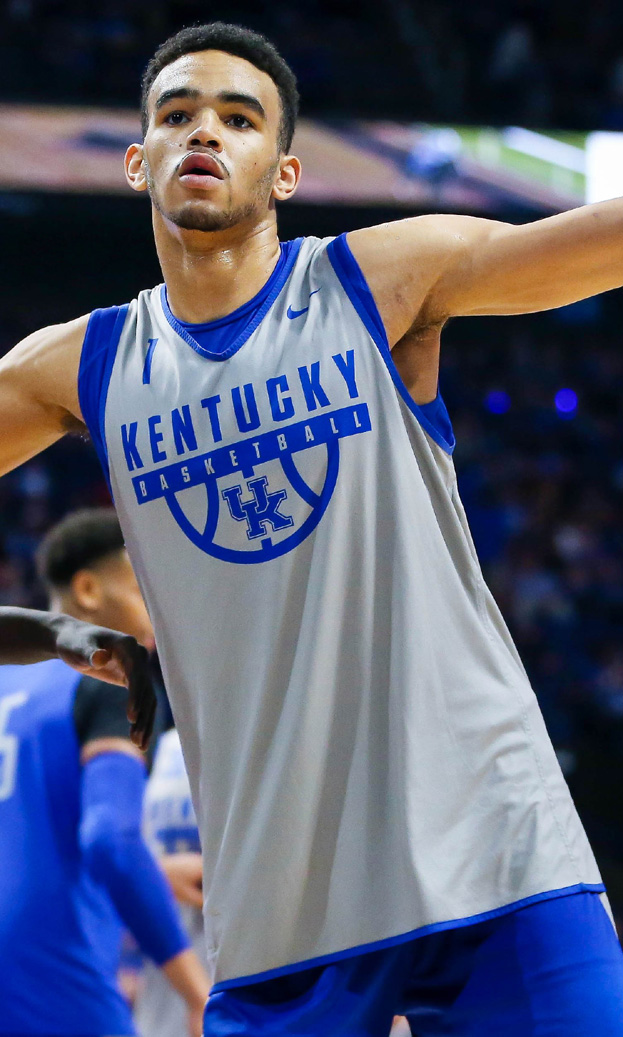 Sophomore played in 49 career games at Kentucky over two seasons

Killeya-Jones will be granted a full release with no restrictions.

“The past two years at Kentucky have been an amazing journey and I want to thank all of my coaches, teammates and fans who made it possible,” Killeya-Jones said. “After much deliberation with my family, I have decided that it is in my best interest to ask for my release and explore other opportunities at this time. Thank you for your support through this process.”

Killeya-Jones, a five-star recruit from Chapel Hill, North Carolina, came to Kentucky as a heralded McDonald’s All-American and was a part of two Southeastern Conference Tournament championships and one regular-season crown.

“It’s never easy for me seeing a player go, especially when it’s someone you’ve seen grow as much as Sacha has and someone you want to continue to coach,” Calipari said. “I truly believe Sacha was just starting to find out who he is and that his best days are ahead of him. I still believe that whether he’s here or someone else.

“With that said, when a kid comes to me and believes what’s best for him is somewhere else, they always have my full support. We want what’s best for these kids and will always do whatever we can to make sure they can pursue their dreams. Our staff wishes Sacha nothing but the best.”

Killeya-Jones enjoyed an improved sophomore season, charting career highs in every statistical category, including minutes, points, free throws, rebounds, assists, blocks and steals. For his career he averaged, 3.1 points and 2.7 rebounds per game while shooting at a 58.5-percent clip. He appeared in 49 total games during his career. He poured in a career-high 12 points vs. UT Martin during his freshman campaign and hauled in a career-high nine rebounds in UK’s Champions Classic matchup with Kansas in the third game of the 2017-18 season.

The 6-foot-10 forward enjoyed a memorable performance at the 2018 SEC Tournament where he posted 16 points, 14 rebounds and four blocks over the three games. His put-back jam off of a Wenyen Gabriel missed 3-pointer in the final minute of the championship game coupled with a block on the other end sparked the Cats to their fourth straight tournament crown.