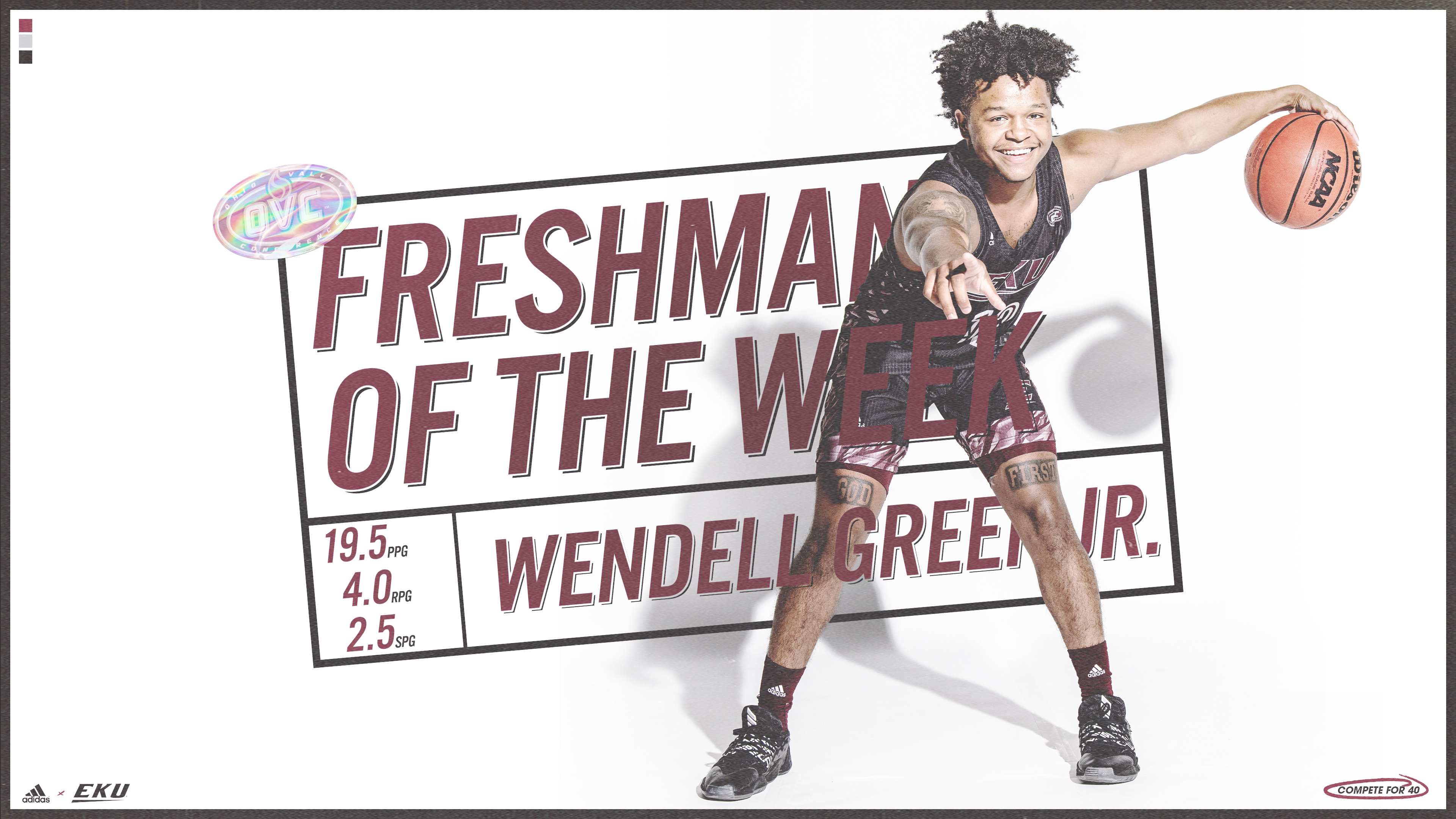 Eastern Kentucky University’s Wendell Green Jr. has been voted the Ohio Valley Conference Freshman of the Week for men’s basketball, the league announced on Monday.

The 5-11 guard exploded for a career-high 30 points to lead EKU to an 80-75 road win at Austin Peay on Saturday. Green Jr. was 5-of-7 from three-point range in the victory. He scored 14 straight points during a 3-minute, 22-second flurry in the first half that set the tone for the Colonels. He added five rebounds versus the Govs.

This is his first OVC Freshman of the Week honor this season.

Green Jr. and the Colonels return to action this week by hosting Jacksonville State (January 7) and Tennessee Tech (January 9) at McBrayer Arena.