Wolfe 5-Peats in 14th Region All A 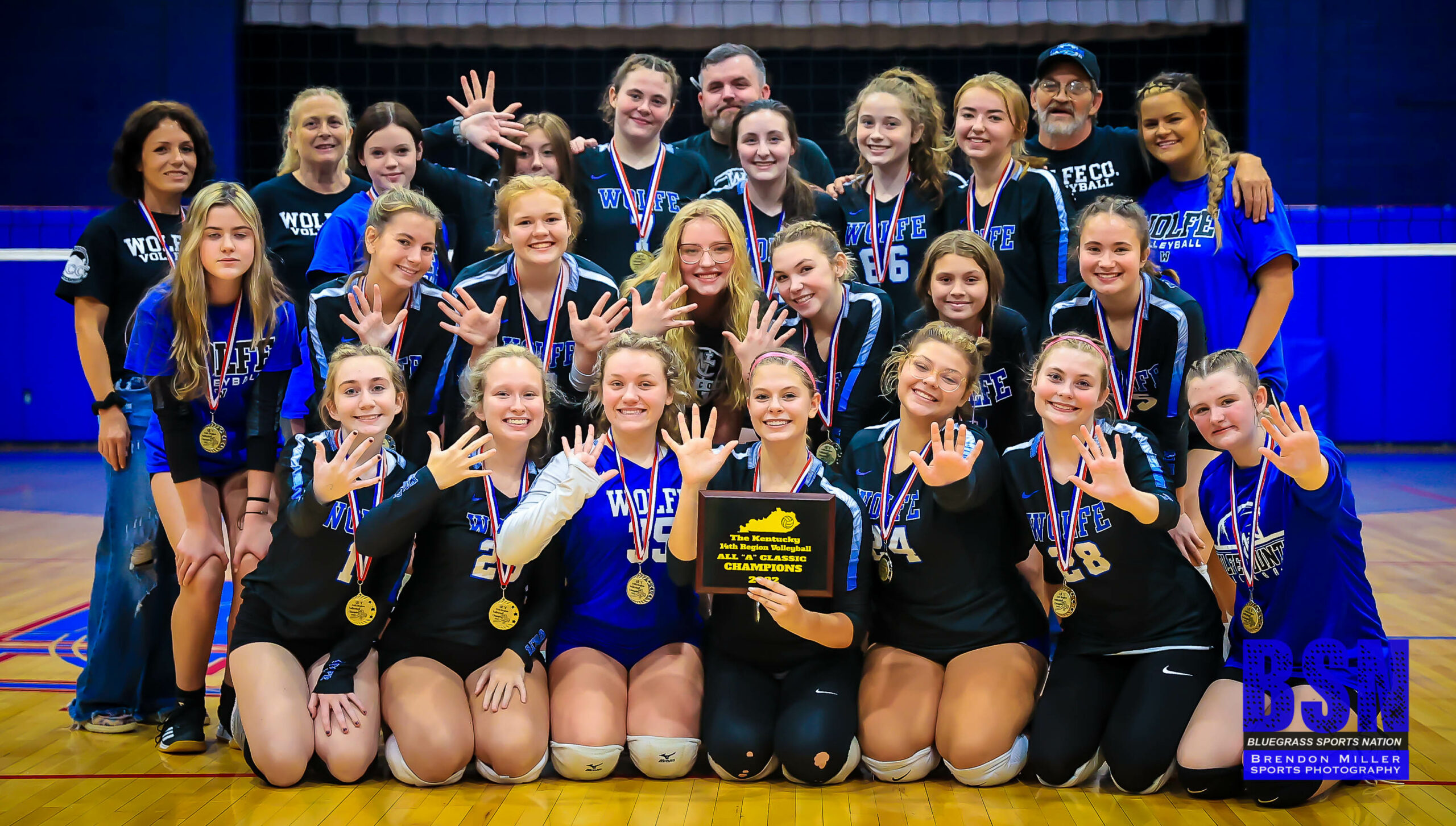 Coach Ben White and his Lady Wolves did it again, as they are tops in the 14th Region All A for the fifth consecutive year topping Knott Central 3-1 in an excellent match on Saturday.

Knott Central opened the match on fire and surged to the win in the first set 25-17. Knott then was on the verge of taking the second set as the Lady Patriots led 22-16. Wolfe then streaked to seven straight points to take the lead 23-22, and then after Knott tied the score at 23, took the final two points to even the match at one set each.

Wolfe controlled the third set 25-12 and then won an excellent fourth set 25-21 to take the Regional Title and punch their ticket to Richmond again.

NEXT
The Lady Wolves open the All A State Tournament on Friday Night in Pool Play as they will face Paintsville at 6:00 PM on Court #4, and Presentation at 7:30 PM on the McBrayer Main Court. On Saturday morning Wolfe will play Williamsburg again on Court #4. The top two teams in each pool will advance to the Championship Bracket and teams 3 and 4 in the pool play in the Consolation Bracket.