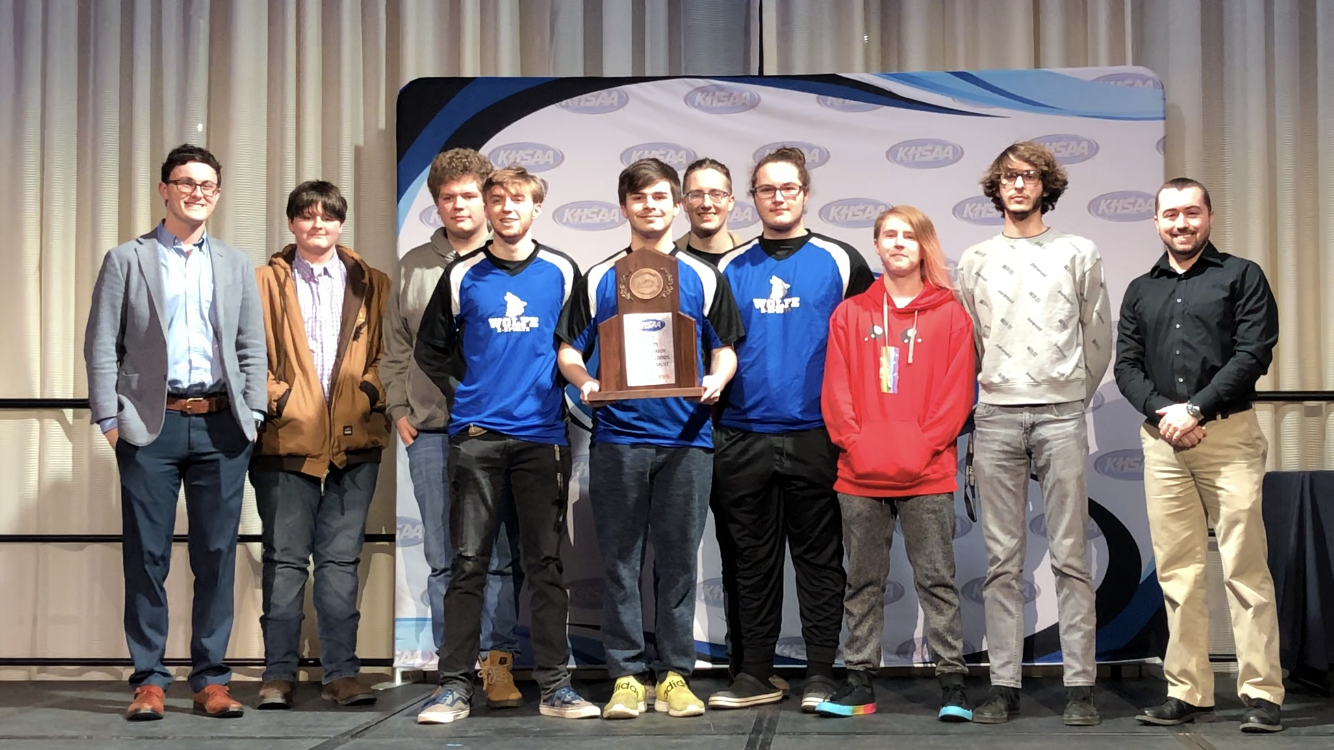 The Wolfe County High School Esports team recently attended theKHSAA/PlayVs Esports State Championship on January 31st, which was held on the University of Kentucky’s campus at the Gatton Student Center. The Wolves Blue League of Legends Esports team finished the regular season with a 12-2 record and made a deep run in the state playoffs, eventually falling to the Elizabethtown Panthers in a best of 3 battle in the semi-finals. While attending the state championship they were able to watch the Rocket League state championship as well as the League of Legends state championship. During the award ceremony, Wolfe County was presented with a KHSAA/PlayVs state semi-finalist trophy. This is the third season in a row the Wolves Esports team has made it to the semi-finals of the state playoffs.

Head Coach Timothy Evans was also recently recognized as the 2019 KHSSA Esports State Coach of the Year. Coach Evans was presented with his certificate from KHSAA and the NFHS at Wolfe County High School last week.

The Wolves Esports team will continue to expand opportunities to watch and experience their matches. You can see the Wolves Blue team compete in League of Legends matches on Tuesdays at 4:00 p.m. and the Rocket Wolves compete in Rocket League matches on Thursdays at 4:00 p.m. on their YouTube Channel, “Wolfe County Wolves Esports” and on Mountain Telephone MTTV channel 2. The matches are streamed LIVE along with audio commentary, player introductions, and post-game interviews.

The Wolves wish to thank all our families, friends, and community for supporting this team this season and they look forward to the Spring 2020 season, which starts in February.