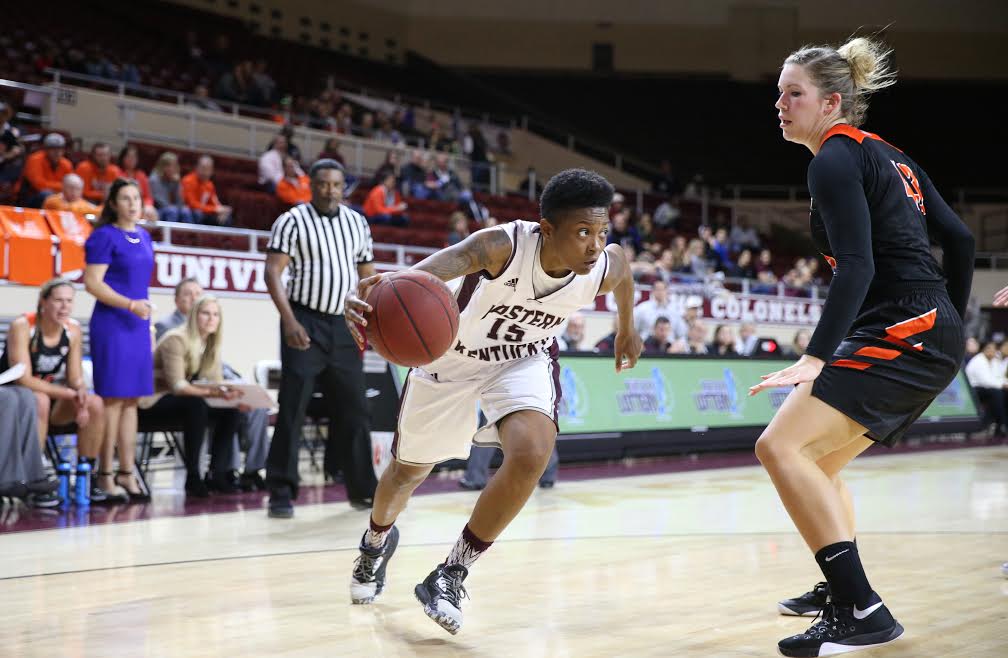 EKU Hoops rallies for the win – Photo by EKU Athletics

After trailing for nearly the entire first half, the Colonels began the second half down 32-29. BGSU extended its lead to nine points, it’s largest of the game, early in the second half before Shavontae Naylor landed a shot from underneath sparking a 20-3 game-changing EKU rally.

Four straight by Jalen O’Bannon got Eastern within one.  After the visitors went back in front by three, a running jumper and a lay-up by Mariah Massengill gave EKU the lead, 48-47, and the home squad never trailed again.

Five Colonels contributed during the run, which ended on another basket from Naylor, this time from the charity stripe with 1:03 left in regulation. That bucket put Eastern in front by eight, 56-48.

Eastern Kentucky held the Falcons, a team that netted at least 10 in seven games last season, to only five treys on Friday.

Carly Santoro of Bowling Green led all players with 20 points, coupled with her 12 rebounds.

EKU will be back in action at Kent State on Monday. The game is slated to begin at 7 p.m.