Whitley Outlasts the Bulldogs to Win 19-10 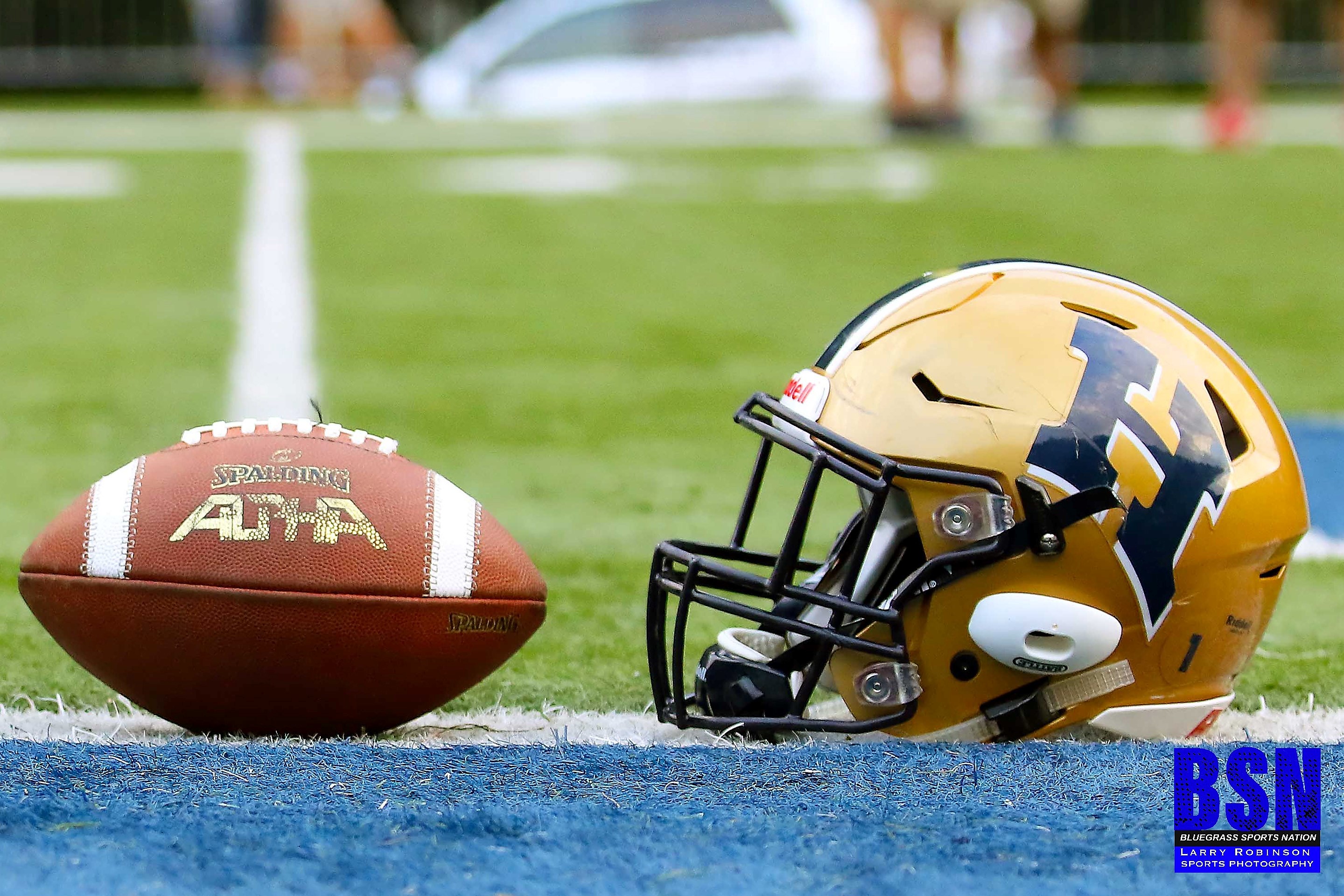 Heaters, blankets, gloves, and toboggan hats were all in the stands Friday night when the Whitley County Colonels hosted the Hazard Bulldogs. In what was the coldest game of the year to date, the Colonels were able to take down Hazard 19-10 in a four quarter defensive battle. The win moves the Colonels to 7-3 and Hazard falls to 6-4.

This game, although a loss, is an important one for the Bulldogs. Whitley has a very good, up and coming QB in Seth Mills. The sophomore quarterback is perhaps just what Hazard needed to see going into the playoffs. The speedy signal caller completed the passes he needed to complete, stretched the field with down field passes, and got good gains with his feet when the secondary covered well. There is no doubt the Bulldogs have gotten better by playing the Colonels.

For the second week in a row Hazard rotated QB duties between Garrett Miller and Nick Miller. The Dogs did run into the best defensive line they have seen so far this season. Whitley’s guys up front were able to pressure quarterbacks all night and control the line of scrimmage and effectively stop the Hazard rushing attack. The Colonels held the Bulldogs to 41 yards on the ground in 24 rush attempts. The Bulldogs were able to get the passing attack together this week, going 19-31 and 180 yards through the air, combined. Nick Miller led the Dogs in passing going 17-25 with 150 yards.

The opening drive for Hazard looked promising and it seemed very early as though the Colonels may have been outmatched, as the Bulldog defense turned the Colonels over on downs from a 4th and short on their first drive. The offense looked very good on their opening drive. Trajon Campbell got some good yards on the first play with a straight run up the middle, then G. Miller found Mason Collins on a 11 yard gain. This set up a N. Miller 20 yard run that would get the Bulldogs to the 1 foot line. Enter Whitley’s defensive line. The Colonels turned the Bulldogs away 4 straight times from the 1 foot line for a huge defensive stand and to turn the Dogs over on downs.

On the Colonels first play from the 1 foot line, it was the Bulldog defense’s turn to make a big play. Pressure on the Colonel line forced a fumble that was recovered by Trajon Campbell in the end zone for the first score of the game and to put the Bulldogs up 7-0 after a Jonah Helm PAT. The Colonels would answer on the next series as the Whitley County’s QB found a receiver for a 56 yard strike to put Whitley on the board. After a failed PAT, Hazard still had the lead at 7-6. On Hazard’s next series, the turnover bug would bite them and they would lose a fumble, setting Whitley up in great field position on Hazard’s 30. It took the Colonels 8 plays, but they found the end zone from 3 yards out to claim the lead 13-7.

Hazard would answer on the next drive when receptions from Andrew Ford and Mason Collins, and runs by Trajon Campbell and Nick Miller, got the Bulldogs within Jonah Helm’s field goal range. Helm split the uprights from 29 yards out to pull the Dogs within 3 at 13-10, Whitley. The half would end and the second half would see a defensive battle. Both team’s traded possessions until 10:24 of the 4th when Whitley would set the final score of the game at 19-10 with a 41 yard pass. The Bulldogs nor the Colonels were a threat to score for the rest of the game as both team’s defenses locked in.

The reason to play good competition and to play better teams is to be prepared for the playoffs. Hazard, as always, has played a tough non-district consisting of the likes of Harlan County, Danville, Somerset, Paintsville, and Whitley. The Bulldogs went 2-3 against those teams and, even with the losses, fought during every minute of those games. Who knows what the playoffs will hold. Hopefully this schedule has best prepared this Hazard squad to make a deep run.

The playoffs will be different this season with the first two rounds being in-district, so Hazard knows it route to the Regional Championship. The Bulldogs will have to take down the Phelps Hornets and then will have a big rematch against Pikeville, at Pikeville. For the 3rd and 4th rounds, seeding will be determined by RPI, or Rating Percentage Index. It is a system that has been used to rank teams taking into consideration wins/losses, strength of schedule, and opponents wins and losses. With this new system, teams may be forced to travel across the state for their 3rd and 4th round match-ups.

Stay tuned to Bluegrasssportsnation.com to follow the Bulldogs and other local teams all throughout the post-season. Check back in on Thursday for BSN’s 1st round of the KHSAA Commonwealth Gridiron Bowl preview of the Hazard Bulldogs and the Phelps Hornets. BSN would like to thank our sponsors Dr. Jim Caudill dentistry, Hazard Village Flea Market, and People’s Bank and Trust of Hazard.