Bobcats Power Their Way to the All “A” Regional Championship Game 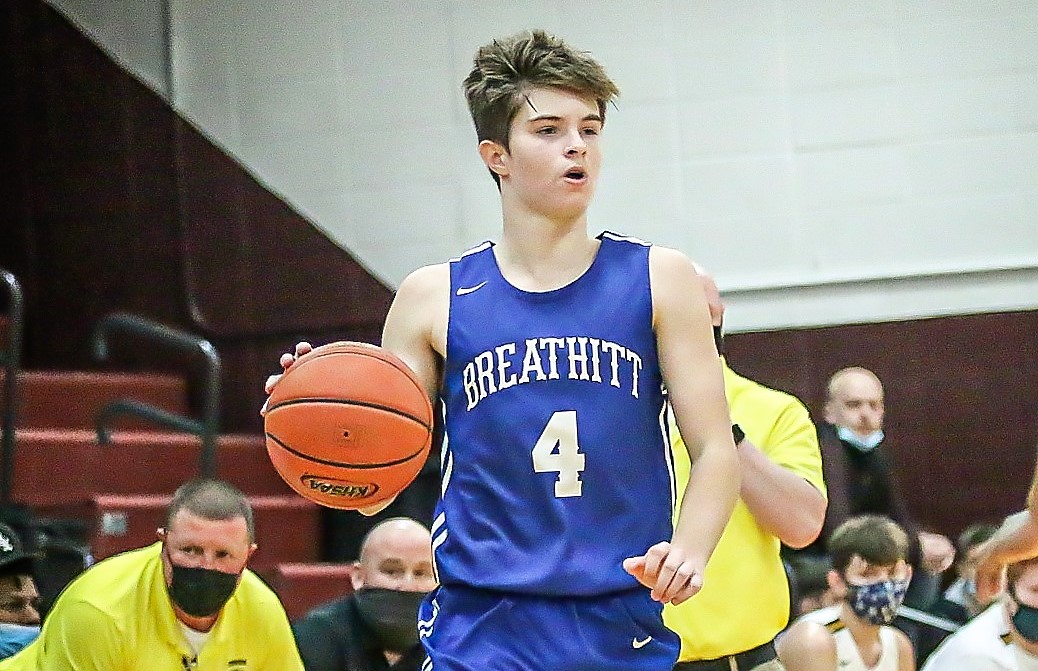 Breathitt County had 10 players score in their victory over Cordia.

The Breathitt County Bobcats stormed past the Cordia Lions in the 14th Region All “A” Classic semifinals. Sophomore guard Luke Bellamy hit seven 3-pointers and led the Bobcats in scoring with 23 points.

In the First Quarter:
Luke Bellamy made his presence felt with four 3’s. Freshman guard Austin Sperry and senior forward Tyler Christy each scored four points for Breathitt County. For the Lions, Naz Welch led all scorers with 13 points. After the opening quarter, the Bobcats led 29-17.

In the Second Quarter:
Coach John Noble’s team made three 3-pointers and scored 27 points. As for Cordia, Naz Welch made his second 3-pointer of the night and tallied seven points. Breathitt County led 56-29 at halftime.

In the Third Quarter:
Each team made four 3’s, but the Lions outscored the Bobcats 25-18. Cordia’s Donavan Stidham made two of those 3-pointers and scored eight points. Going into the fourth quarter, the score was 74-54.

In the Fourth Quarter:
Guard Nzair Welch scored eight points for the Lions, while Naz Welch scored 10 points. As for Breathitt County, they had eight players score, including Christy who tallied five points. The final score was 94-78 in favor of the Bobcats.

NEXT
The Bobcats will take on the winner of the Knott Central/Leslie County game set to tip at 7:00 PM.