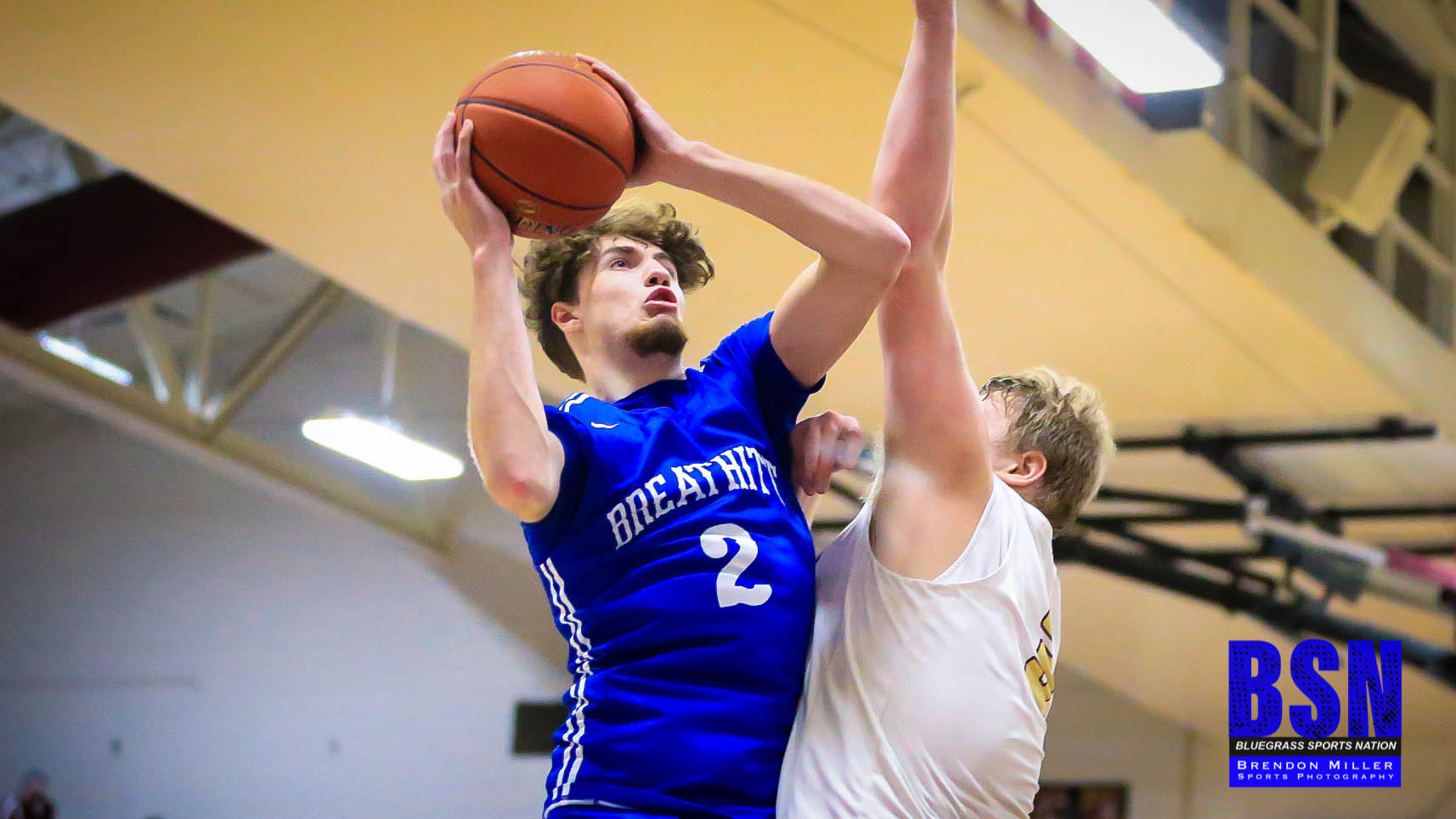 Breathitt took their four game win streak and hit the road for the second time in three days on Saturday Night, this time to the Nixon Center in Hyden to face Leslie County. The Bobcats are averaging 76 points a game and are getting better each time out as the young roster continues to gain experience in the 14th Region wars. Breathitt’s defense smothered the Eagles early on, not allowing the Eagles to convert a field goal until the final seconds of the first quarter, and opening a 20 point lead. Leslie mounted a few runs, but the Bobcats cruised to the 24 point win, 81-57.

1st QUARTER
Breathitt opened the game on a 24-4 run in the first eight minutes. The triumverate of talented Bobcats wings, Senior Tyler Christy, Junior Jaylen Turner, and Freshman Austin Sperry, slashed to the basket and either scored or got to the line, or kicked out for open 3-pointers. Sperry hit two 3-pointers in the period while Sophomores Luke Bellamy and Andrew Combs each had one. Christy had a basket and was four of four at the line for six, while Turner added four. The Bobcats were eight of eight from the line. End of the 1st, Bobcats 24 – Eagles 4.

2nd QUARTER
Leslie got untracked in the 2nd, as Breathitt lessened the defensive pressure a bit. Trey Abner converted three field goals for six, while Kobe Bowling also had six, Trent Day five, and Jason Baker four. Breathitt kept the offense rolling with 26 in the quarter. Luke Bellamy got to the basket for three field goals for six, Combs hit his second 3-pointer and had five, while Blake Ritchie and Isaac Bellamy each had a 3-pointer. Christy added four. At the break, Breathitt let by 23, 50-27.

3rd QUARTER
Breathitt put to rest any chance of an Eagle comeback after the half. The Bobcats rolled up another 25 in the period stretching their lead to 32 headed to the 4th at 75-43. Christy had two baskets and was again four of four from the line for eight to set his game-high 18. Sperry got in the lane and added six for his total of 14, while Luke Bellamy hit his second and third 3-pointers to finish his 17. Wyatt Hensley hit two corner 3-pointers and led Leslie with eight.

4th QUARTER
The Bobcat starters were basically done, but before the younger Bobcats came on, Combs, Turner and Bryce Hoskins each had a basket. The highlight of the night was when the Eagles brought on the now nationally-famous Ethan Wolfe, a young man with down’s syndrome, for the final minutes. Ethan knocked down two baskets for four points to a great ovation from the crowd. Congratulations to this great young man, his family, and both the Eagles and Bobcats for giving us all this experience!!! I was fortunate to stay under the basket for a pic of Ethan as he let his first shot go!

Breathitt has a busy week upcoming with four games on the slate. Wellspring Guardians visit Jackson on Monday, with round 2 of the Wolfe Rivalry will be had on Wednesday at the Coliseum. The Bobcats hit the road to Newport on Friday, and are back at the Coliseum for the second leg of the home and home with Leslie on Saturday night. All three home games, Wellspring, Wolfe and Leslie will be streamed LIVE on BSN!