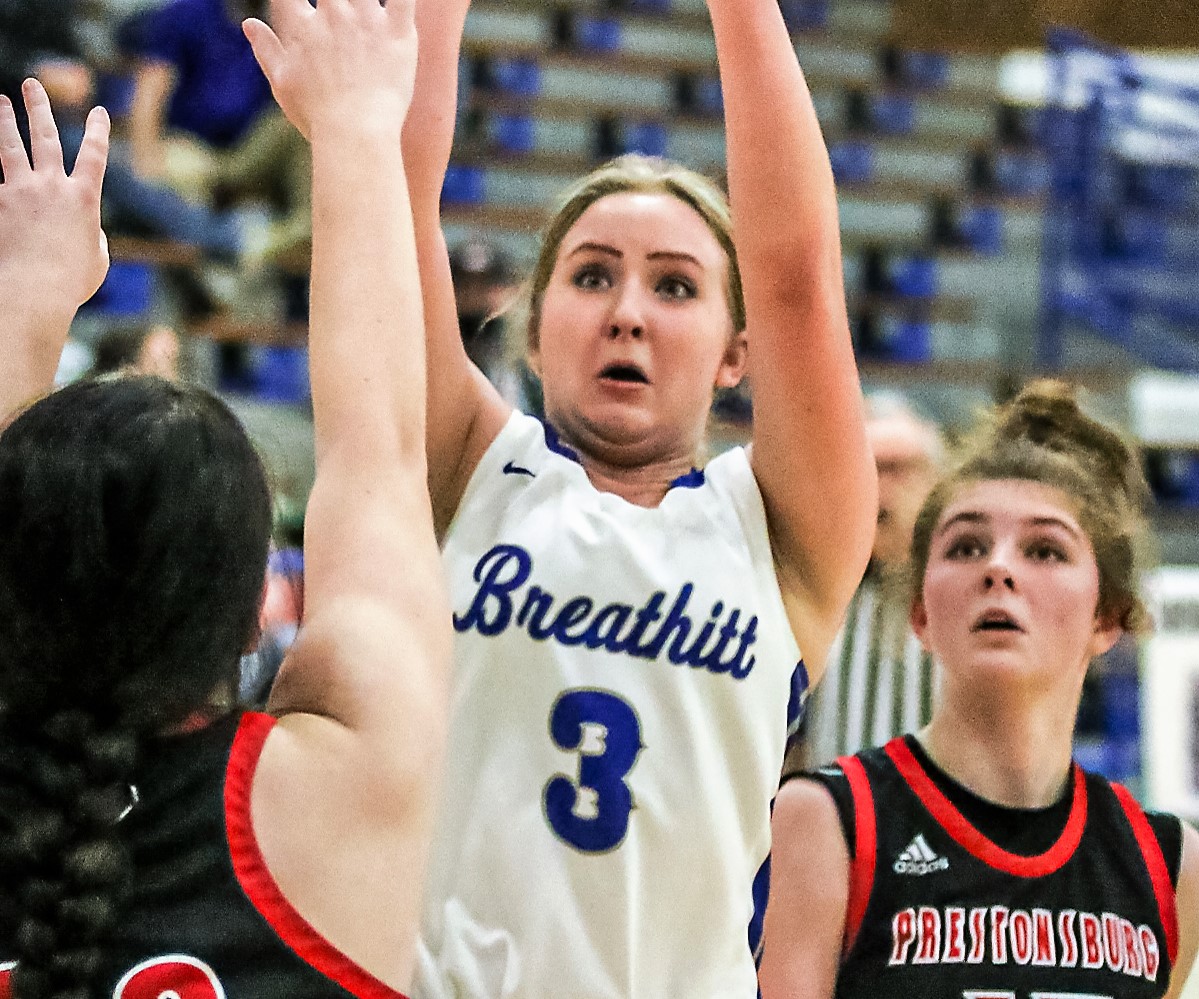 Breathitt County hustled their way to a second consecutive win over a 15th Region team in Magoffin County on Monday night in Jackson. Riley Bush led the LadyCats with 11 in the fourth quarter, and 15 in the second half as Breathitt improved their record to 4-2 on the season.

1st QUARTER
Both teams had trouble putting the ball in the basket to start the game as each scored two baskets in the quarter. The quarter ended with the score tied 4-4.

2nd QUARTER
Breathitt got a big boost in the 2nd from eight grader Brenley Gross who scored five points and played excellent defense. Kayleen Clemons hit a 3-pointer and Bush had three points. Sophomore Angel Mullis had five of the Hornets’ seven in the quarter. At the half, Breathitt led 16-11.

3rd QUARTER
Magoffin again strugged offensively in the third scoring only five while Breathitt extended their lead to 15. Kaylee Clemons had five and Adreonna Schutz and Bush each added four.

4th QUARTER
Both teams heated up in the 4th with Magoffin making a run at the LadyCats. Haley Barnett had her only eight of the game and Karah Laffety had three with Mullis adding four for ther team-high 13. Bush’s hot hand closed out the game along with five from Maddie Haddix.

NEXT: The LadyCats are net in action on Thursday Night as Buckhorn visits the Coliseum.