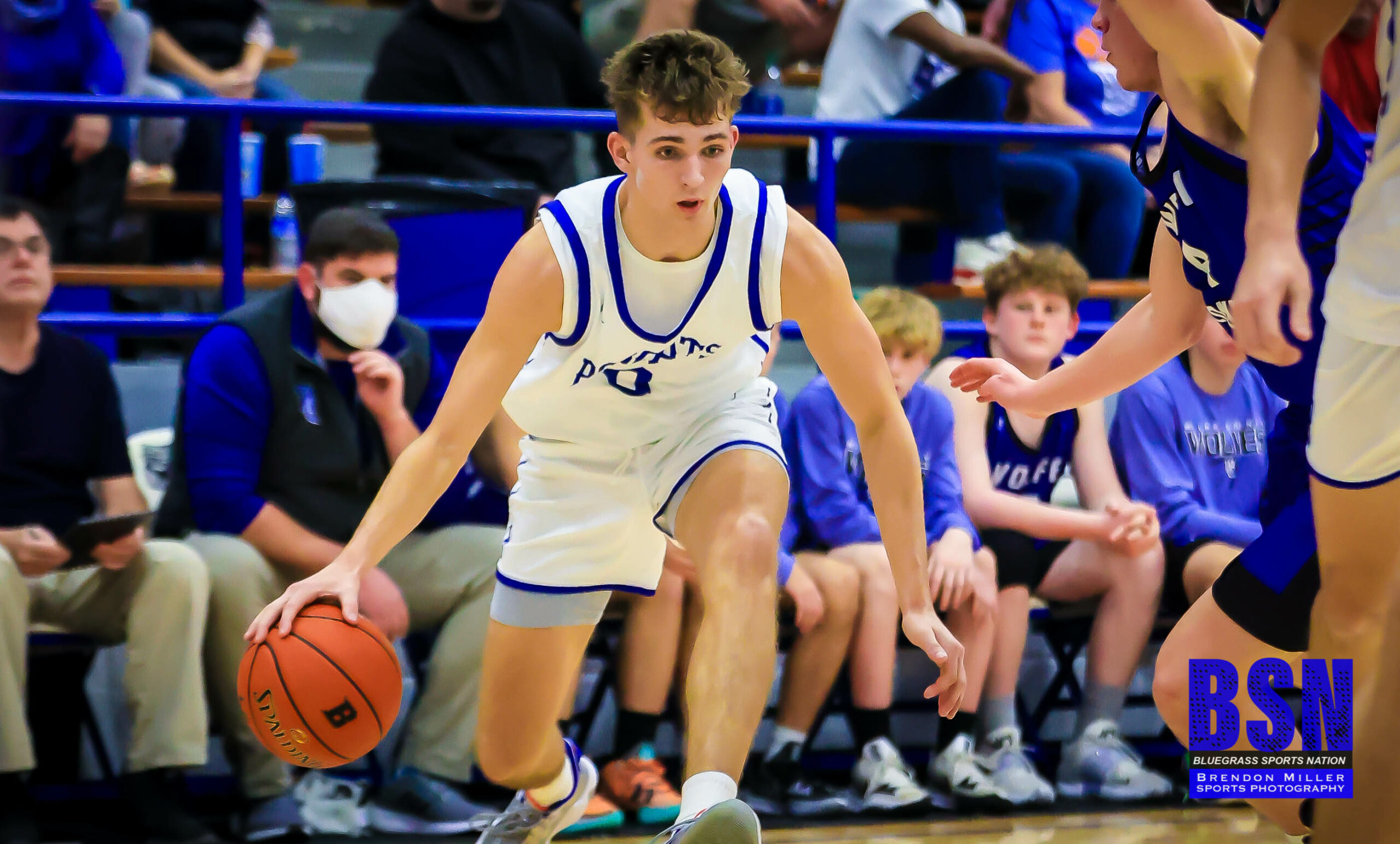 Chisel it in stone – Breathitt v. Wolfe never dissappoints. For my money, the best rivalry in the Mountains. Since I began covering both schools in 2016 the Bobcats and Wolves have time and again put on a show, whether it be regular season or the yearly 55th District Championship game. Tonight was no exception as the first installment for 2021-22 was played in a near-capacity Fairce O. Woods Coliseum and with hundreds watching live on BSN.

As is the usual script, the matchup came down to a tense and see-saw fourth quarter. With the score tied at 65, Breathitt’s lone senior, Jaylen Turner, did what seniors do, and delivered the heroics with a money three-pointer from the left wing with :20 on the clock to send the Bobcats to the win.

Wolfe County Senior Wilgus Tolson was simply masterful on the night, pouring in 38 to bring the Wolves to the brink of victory on a combination of blow-bys to get to the rim and pull-ups for knock down jumpers from behind the arc. Andrew Combs was spectacular off the bench for the Bobcats scoring nine of his 14 with a three-pointer and three crucial baskets down the stretch.

1st QUARTER
Breathitt began the game clicking on both ends of the court by scoring the first 12 points of the game as Luke Bellamy scored all eight of his points for the game in the quarter including two three-pointers and Christian Collins had three baskets for six. Wolfe got a three-pointer each from Sawyer Thompson and Elijah Tolson. End of the 1st, Breathitt led 18-10.

2nd QUARTER
Wolfe fought back in the period as Wilgus Tolson began to light up the scoreboard with 12 including two three-pointers. Thompson hit a three and had seven as the Wolves outscored the Bobcats 19-13. Bryce Hoskins led the Bobcats with two buckets and totalled six while Andrew Combs hit a three and had five in the period. At the half, Breathitt led by a deuce, 31-29.

3rd QUARTER
Wolfe surged ahead for their first lead of the game in the third as Wilgus entered in fuego mode scoring 15 of the Wolfe 20. Collins started the half strong as he had in the first with six on three baskets and Austin Sperry slashed for six. Headed to the fourth, Wolfe lead 49-48.

4th Quarter
Combs led the Bobcats down the stretch with nine on a three-pointer and three field goals. Wilgus Tolson hit three three-pointers and Skylar Ritchie had two buckets including a huge rebound and put back to tie the game at 65. Turner had a basket including the game winner.

NEXT:
Breathitt hosts Owsley County on Saturday night, before hitting the road for holiday tournament play. Wolfe will play in holiday tournaments on the road and their next home game is currently scheduled for January 12th. Both teams will begin play in the All “A” Tournament on January 3rd.

The two will meet again on January 21st at Rose Gymnasium in Campton. There is also a potential matchup in the All A Classic regional final in early January as the teams are on opposite sides of the bracket.