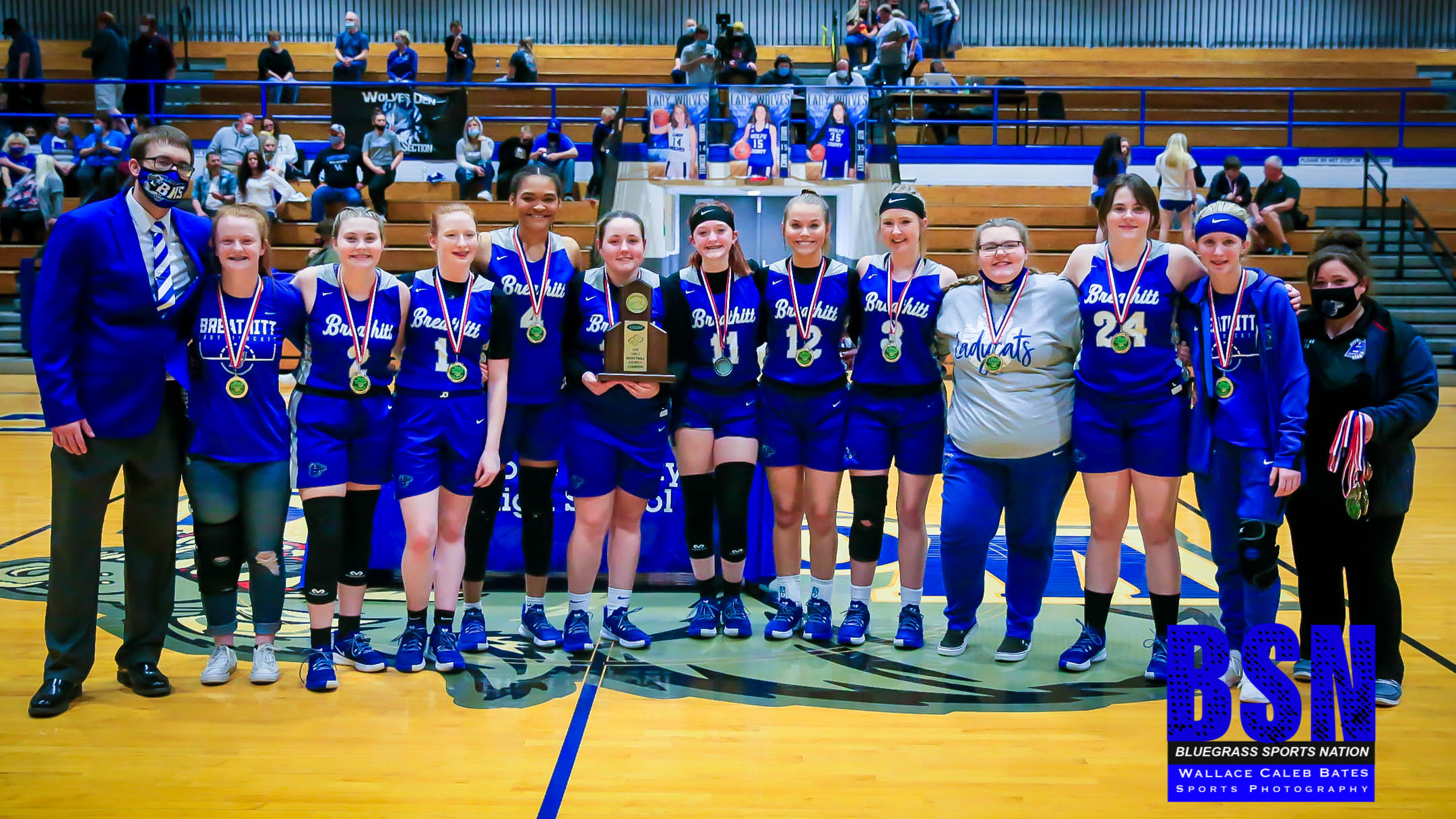 The Breathitt LadyCats claimed the 55th District crown on Wednesday night in a gritty 2nd half comeback performance. As the old saying goes, the third time is the charm, and that was certainly so for the LadyCats in the District Final. Wolfe County had swept the season home and home with Breathitt, winning at the Fairce O. Woods Coliseum 67-52 on January 25th, and then at Rose Gymnasium 64-54 on February 22nd.

If looked as though the Lady Wolves would cruise to a third straight win as they forged a nine point lead at the half. But Breathitt turned up the defensive pressure and center Adreonna Schutz blocked shot after shot and altered many more as the Lady Wolves were held to 15 points in the second half. At the final horn, the LadyCats celebrated the five point win.

2nd QUARTER
The Wolves built a lead in the 2nd from long range. The Lady Wolves hit three 3-pointers with one each from Bailey, Miller and Kidd, while Colwell led the way with six. The LadyCats were held to six points with Schutz, Clemons and Haddix each having a basket.

3rd QUARTER
The LadyCats began the half on a 13-0 run, erasing the nine point halftime deficit and forge to a 36-32 lead before the Lady Wolves scored the final seven of the period. Sarah Smith his a 3-pointer and a basket and Miller knocked down two free throws. Headed to the 4th, Wolfe was back in front 39-36.

4th QUARTER
The Lady Wolves were held on a single field goal in the 4th by Smith. The remaining six for Wolfe came from the line as Colwell was 4 of 4 and Vance was 2 of 2. Breathitt doubled that scoring to take the lead and close the game. Clemons led the way with five to total her co-team-high 13, while Schutz netted four and Maddie Haddix booked three for her total of 13.

The LadyCats were only 7 of 17 from the line in the fourth, but the Lady Wolves were unable to overcome the Breathitt defense down the stretch.

The 14th Region girls draw will be held on Friday morning at Perry Central.