Breathitt Wins to Advance to 2nd Round of Middle School Playoffs 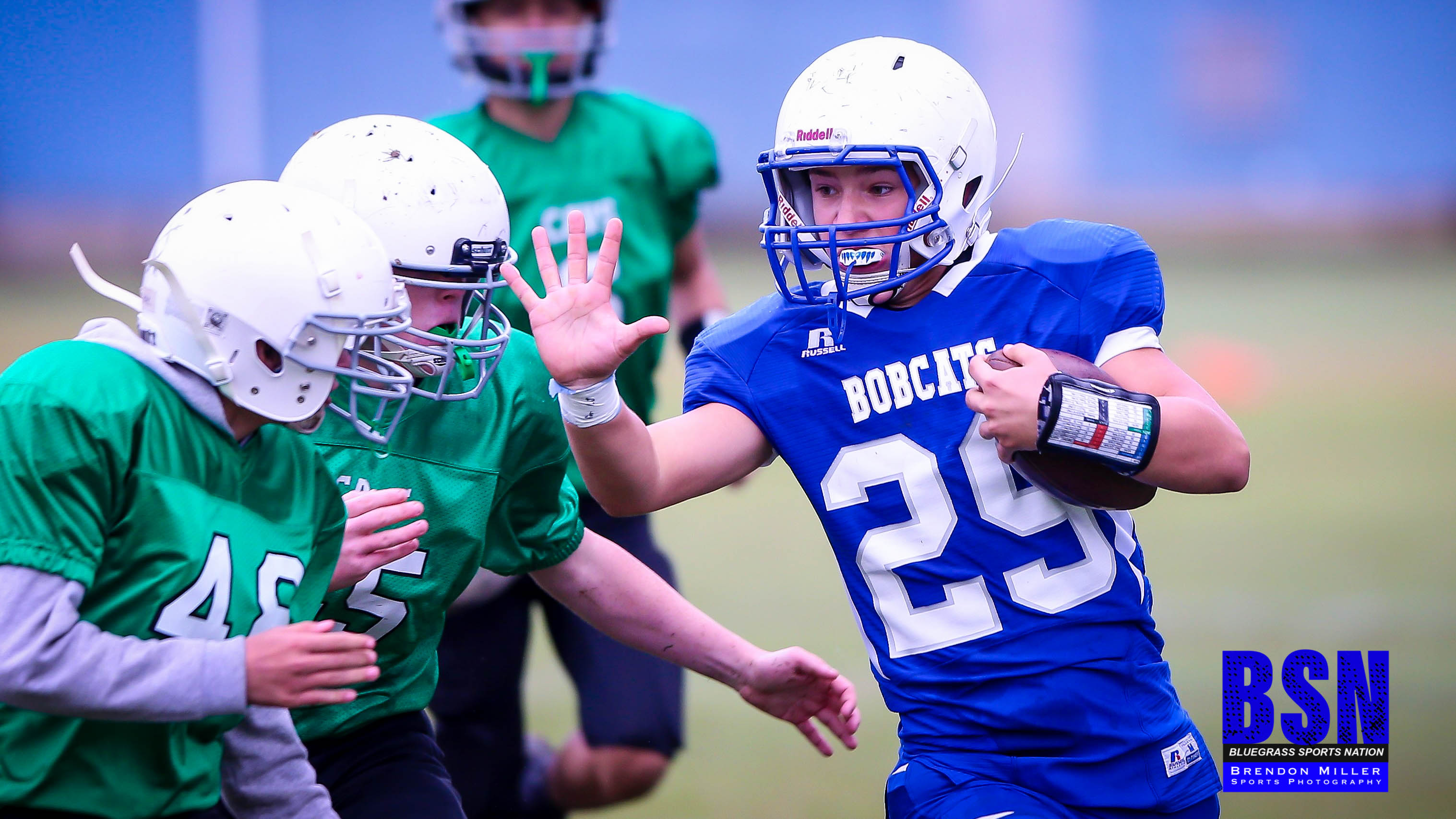 The Middle School Bobcats scored scored on the third play of the game and did not look back in routing the Cavaliers. Jenkins won the flip and deferred and the Bobcats took the ball. It took Breathitt three plays and 48 seconds to get on clock as Caden Bowling hit pay dirt.

On Jenkins first possession, Dillan Stacy picked off a pass and returned it to the Cavalier nine. The next play, Bowling punched it in at the 5:17 mark, and with the Kory Combs conversion, Breathitt led 14-0.

On the next possession, the Cavaliers drove deep into Bobcat territory but fumbled and Bowling took a pitch after the recovery and returned it 94 yards to put the Bobcats on top 20-0.

Jenkins got their sole score of the 1st half when Marc Jones scored from 3 and then threw to Dylan Wolford for the conversion.

Breathitt bounced back with two scores with Combs rumbling in from 13 and Stacy hitting Austin Sperry on a screen who then housed it from 75 to set the half score at 36-8.

To open the 2nd half, Combs both caused and recovered a fumble to give the Bobcats the ball. On their first play, Isaac, “Wheels” Turner took it 48 yards around right end for the score. After Bowling intercepted a pass and then scored on a 16 yard run, the clock was running for the rest of the game.

The Bobcat defense was again stellar forcing six turnovers on the day. Turner led the secondary with two interceptions with stacy and Bowling each adding one. Bowling and Combs had fumble recoveries.

Breathitt advances to take on #1 seed Belfry next Saturday at Belfry.