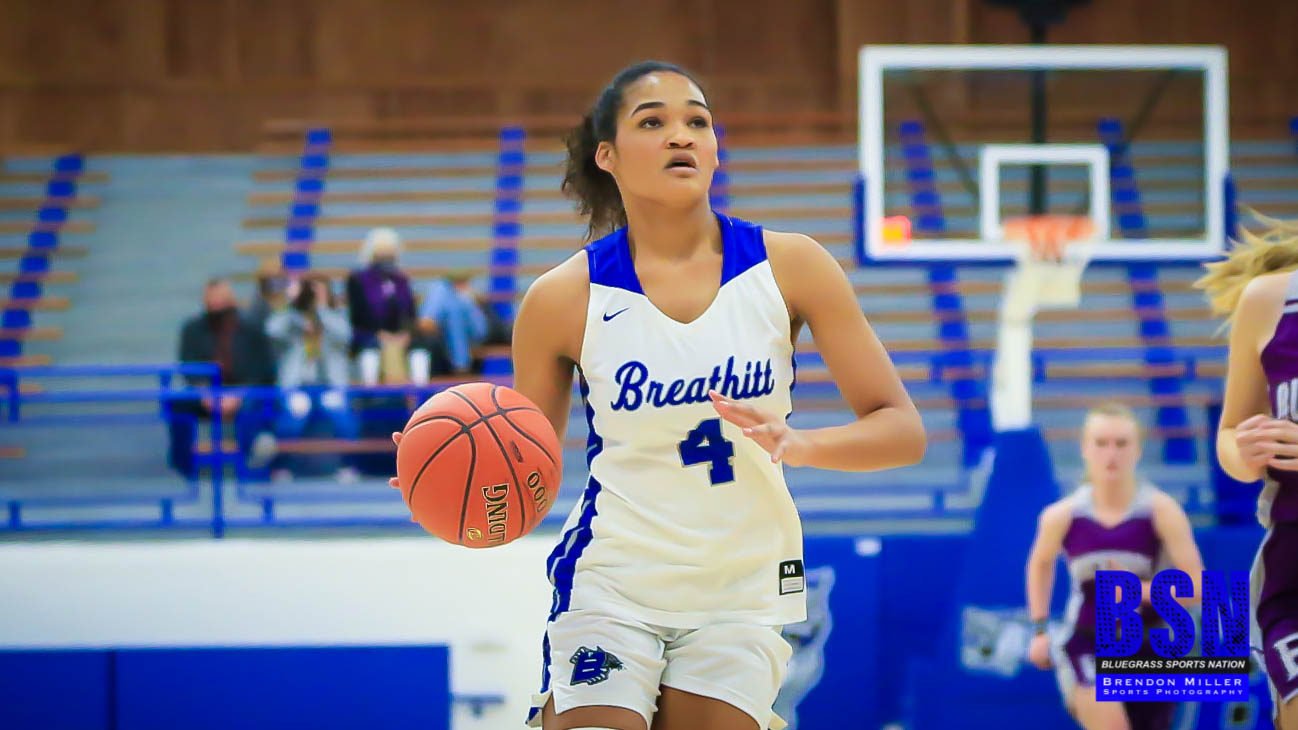 The LadyCats traveled to Red Bird on Saturday for an interregional matchup with the Lady Cardinals of the 13th. Breathitt improved to 8-4 on the season, but the day belonged to LadyCat Junior Adreonna Schutz, as she registered the seldom achieved feat of a Quadruple Double!!! Adreonna had 23 points, 15 rebounds, 10 blocks and 10 steals in the game. Wow, Wow, Wow!!

Alyssa Gibson was stellar for Red Bird, pumping in 33 points on the game.

1st QUARTER
Red Bird jumped out to a lead in the first period behind Gibson’s 16 in the quarter. Gibson hit two 3-pointers, three field goals, and was four of six from the line. Schutz had six in the quarter with Kaylee Clemons three on a 3-pointer, and Kaylea Ritchie and Jerrica Neace each had a bucket. End of the 1st, Red Bird led by seven, 20-13.

2nd QUARTER
The LadyCats really turned it up in the second and out-scored the Lady Cardinals 24-11. 8th Grader Naoma Noble had six, as did Neace and Clemons, with Clemons connecting on her second and third 3-pointers on the game. Liberty Taylor had five to lead the Lady Cardinals. At the half, Brathitt was in front, 37-31.

3rd QUARTER
Gibson scored six in the 3rd and MacKenzie Lawson added four. Breathitt was held to just 11 as Emalee Watts had five and Schutz lead with six. Headed to the 4th, Breathitt’s lead was three, 48-45.

4th QUARTER
Breathitt closed out the game behind eight from Schutz to reach her team-high 23, which Riley Bush had her only two baskets of the night. The LadyCats were only four of 12 from the line down the stretch. Gibson finished registering eight as both Libery Taylor and Halee Jackson scored n th Quarter.