Bulldogs Bite the Admirals and Pull Out a Second Half Win 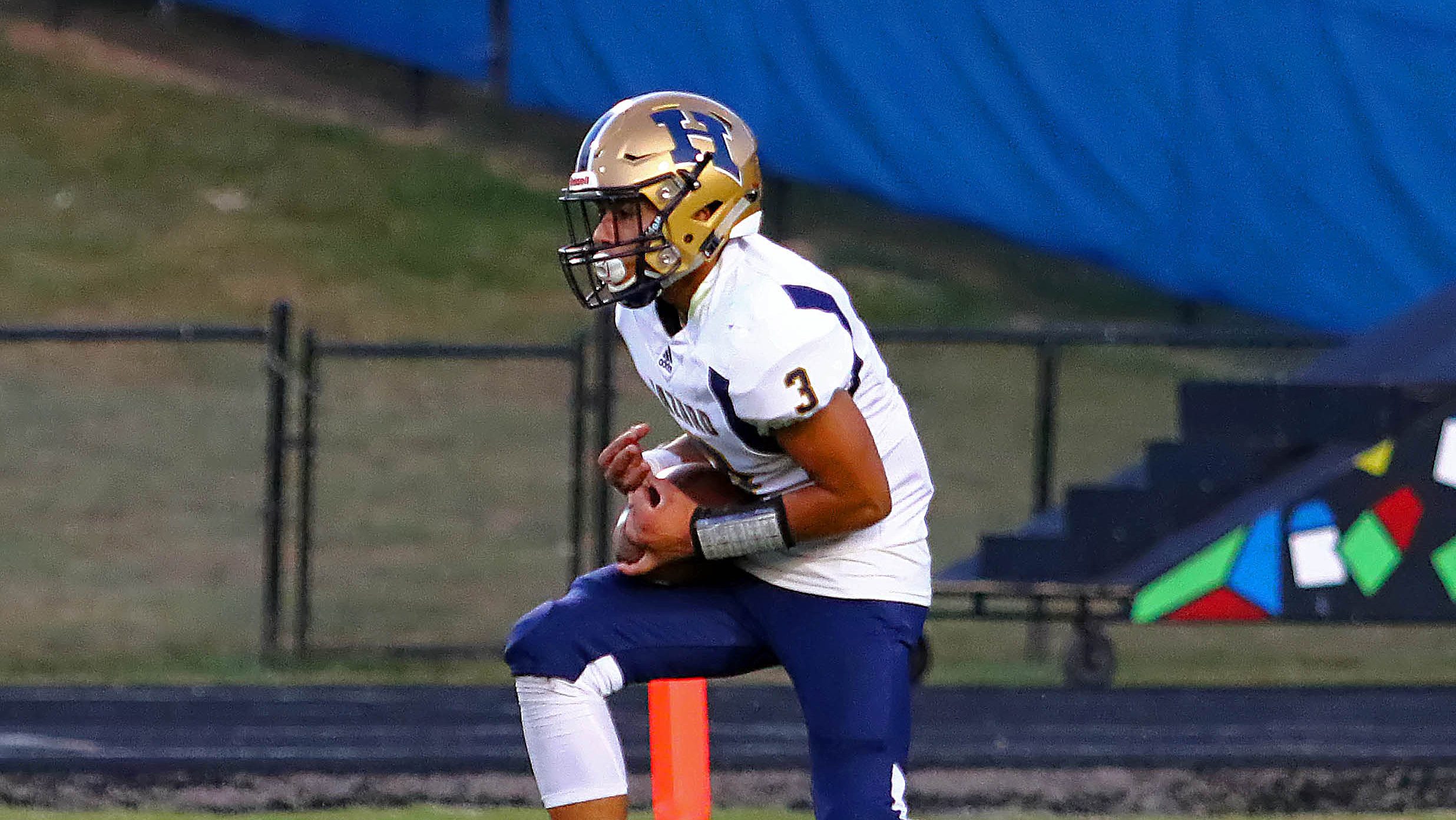 Hazard with Big Win in Danville

If you were looking for a game that was worth the price of admission Friday night, you had to look no further than Danville, Kentucky. Hazard made the trip to Boyle County and for the first time in school history took down the Football Admirals. In what would be an instant classic, the Dogs were able to grind out a win with time expiring to move to 3-1 on the season. This was the perfect tune up game to get Hazard ready for some big 1A East match-ups they will face in the next 3 weeks starting with the Paintsville Tigers on September 27th.

The Bulldogs started slow, as it took time to adjust to the speed of the Ads. Danville started with a 45 yard drive that saw them stitch together several underneath pass completions and get the edge on the Bulldogs a couple of times en route to the first score of the game and go up 7-0 early in the first. It only look Hazard one play for lead blockers Mason Collins and Reece Fletcher to spring Trajon Campbell for a 76 yard run behind the big offensive line of Thomas Massey, Matthew Couch, Dalton Strong, Kenton Beverly, and Ryan Dean. Jonah Helm’s PAT would tie the game at 7-7.

The Bulldog defense would then force a punt on Danville’s next possession. The two teams traded several punts until Hazard’s Garrett Miller was able to find Reece Fletcher on a 48 yards strike with 7:36 to go in the 2nd to put the Bulldogs up 14-7 after the PAT.

After a couple more traded possessions, that fast Danville backfield was able to get the edge once again on the Bulldogs and score from 9 yards out. In what would be the difference in the game, the Admirals were unable to make their PAT and the Bulldogs retained the lead 14-13 with 3:56 to go in the 1st half.

Max Johnson would get his 1st career interception and that would set the Bulldogs up for the final score of the half. After completions to Campbell Davis for 10 yards and Mason Collins for 14 more, Trajon Campbell, who would finish the game with an amazing 187 yards rushing, got the ball to the middle of the field on the 20 yard line to set up Jonah Helm for a 37 yard field goal with :01 to go in the half. Helm was able to split the uprights with a kick that would have been good from 50 yards to put the Bulldogs up 17-13 going into the locker room for the break.

The Bulldogs had a shaky start to the second half as Miller through a pick-six to an Admiral defender who dropped under a crossing route intended for Collins. The Admirals regained the lead at 20-17.

After the Bulldog’s offense played in the shadow of their own goal post for a couple of possessions, the defense came up with a big stop to force a field goal by the Admirals for a 23-17 Danville lead with 21 seconds to go in the 3rd.

The Bulldogs then got on the back of work horse Reece Fletcher and drove the ball 68 yards by way of the big back getting behind his line as they blew the Ads off the ball all the way down the field. A Helm PAT put the Bulldogs up 24-23 with 8:32 remaining.

Danville would then put together a drive of their own and regain the lead 29-24 after a failed 2 point conversion. With just over 5 minutes in the game, Hazard would piece together a 14 play, 59 yard drive that would end with only 14.2 seconds on the clock. Fletcher was hit at the goal line and fumbled into the end zone, where Andrew Ford was able to recover the ball for the winning score. The Bulldogs led 30-29 lead after the failed 2 point conversion.

The Bulldog defense sealed the game with a Ryan Davidson interception that would allow the Dogs to take a knee and let time expire.

Miller finished the night 8/15 for 108 yards, 1 TD and 1 INT. The story line for the night was Hazard’s power run game that simply let their O-line push the Danville defensive front down the field. Hazard finished with 276 yards rushing on the night, being led by Trajon Campbell with a career high 187 yards and Reece Fletcher with 101 yards. Jonah Helm was also big for the Bulldogs, going 3/3 on PATs and hitting a big 37 yarder at the end of the first half.

The Bulldogs will not be able to rest on this victory long as they will welcome the 1A #3 Paintsville Tigers to Daniel Field on September 29th. The East 1A is starting to heat up with contenders in Raceland, Williamsburg, Paintsville, and Pikeville all looking to earn the right to represent this end of the state in December at Kroger Field.

Friday’s match-up will give the Dogs an idea of whether or not they belong in the talk for contender as well.

Look for the Paintsville vs. Hazard preview Thursday.