Bulldogs Look to Bounce Back Against the Blackcats 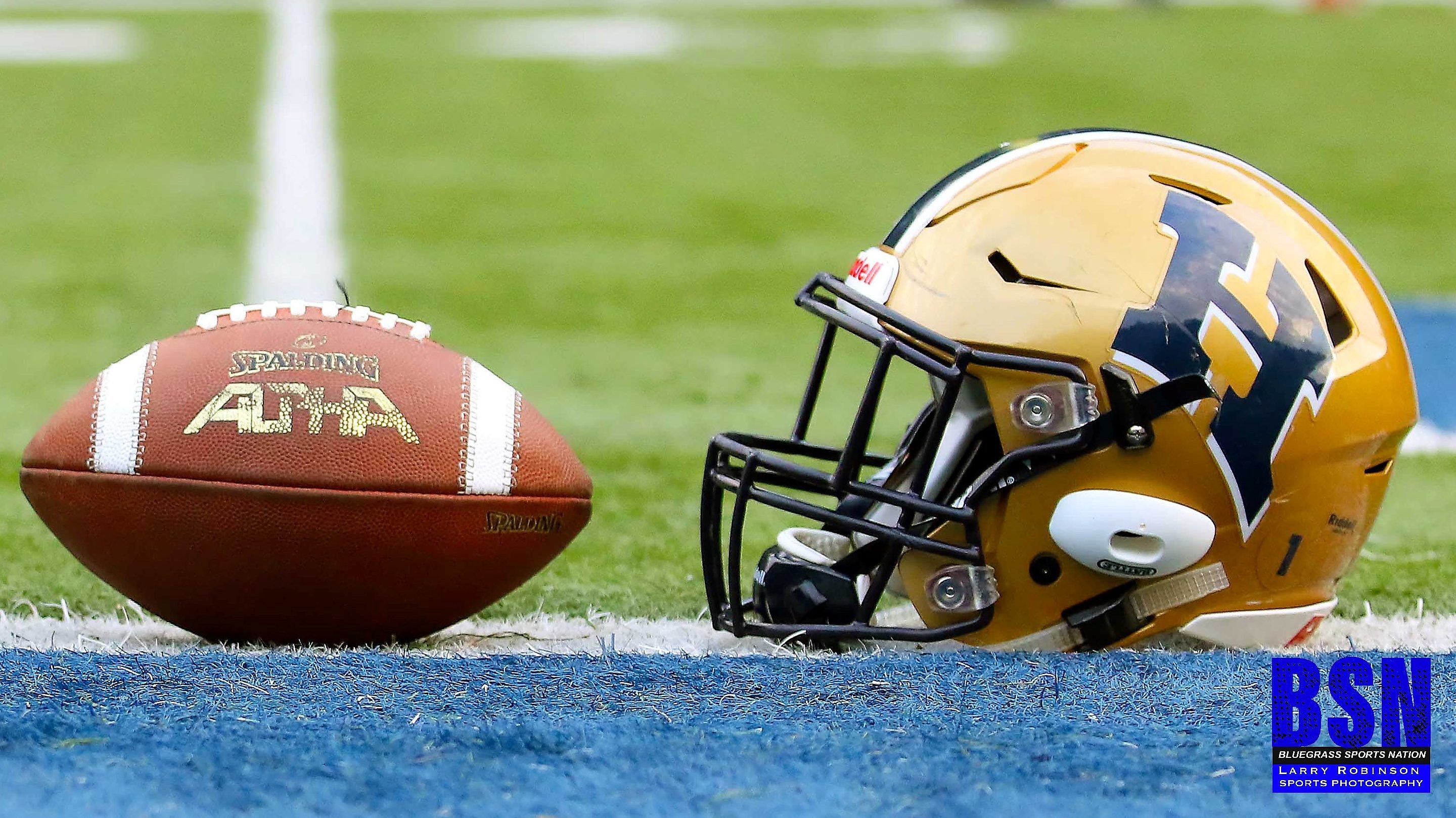 Dogs and Cats on Friday Night in PBurg

The Hazard Bulldogs will be looking for their first win of the season tomorrow night against the Prestonsburg Blackcats. Hazard went blow for blow with a huge Harlan County team last Friday night only to finally fall to the Black Bears due to a safety with a minute to go in the contest. Even in the loss, the Bulldog coaching staff came away from the game with several positives for their young club. The biggest being the fight they showed against a bigger, more experienced team. That never-quit attitude will win the Bulldogs a big game before the season is over.

The Blackcats will enter the game on Friday at 0-2. They have fallen at the hands of Pike Central and Lawrence County. From the outside looking in, this may seem like a gimme for the Bulldogs. The Blackcats have struggled to score, averaging only 9.5 points per game and have given up 47 points per game. Both of the losses were to programs that are poised to have an exceptional year, though. Lawrence lost the season opener to a stout Paintsville team 48-17. That Paintsville team then took down the defending Class A Champion and perennial power Beechwood Tigers the following week. That Lawrence County team was still able to put up 17 points against what may end up being Coach Joe Chirico’s best team to date. Pike Central beat the Blackcats week 1 and will also be much improved. The Hawks have athletes all over the field and should improve their record during the 2019 season. Pike Central did to a Shelby Valley team last week 12-7, but that Shelby Valley team has one of the best all around lines in East KY. Going against quality opponents like these has tested the Blackcats early. They are hungry and looking for their first win over the Bulldogs since 2014 and it is hard to go into Prestonsburg house and come out with a win.

The Blackcats are a run heavy team. Almost 8 out of 10 times they will keep the ball on the ground. They will run the ball by committee and three Blackcats have most of the ground yards for the season. John Rose, Carter Akers, and Samuel Kelly all average between 32 and 38 yards per game rushing and are averaging almost 110 yards combined per game on the ground. Brayden Slone is the signal caller and can be the X Factor on this team. The creative QB can make it difficult on defenses with his arm, but is most dangerous when protection breaks down and he starts to scramble and also on some designed runs for him. The Blackcat line will have to play well against a hard-nosed Hazard defensive front if they are to be successful.

Hazard will enter the game with the bad taste of a hard fought emotional loss lingering in the background. The Dogs seemed hungry in practice this week and ready to start proving some doubters wrong after not being ranked in the Associated Press Class A top 10 first time in recent memory. As with the preseason, the Hazard Defense seemed very good, and at times excellent, as they had 2 goal line stands against a big Harlan County offense and had another stop on a 2 point conversion that kept the game tied late in the game. The Bulldogs were led defensively in tackles by Reece Fletcher who had an incredible 20 for the game. The other big man in that huge duo at middle linebacker, Mason Collins, had 14 tackles himself. Freshman Max Johnson came up big with 12 tackles of his own that included a sack and sophomore Tyson Turner flipped his defensive switch on and came up with 6 tackles, a caused fumble, and an interception to keep the Bulldogs in the game late. The often unheralded defensive line also did an excellent job of keeping blockers off the linebackers and consistently wrecked havoc on the Black Bear’s O-line. That defensive line will need another big night against a run heavy Blackcat offense.

The Bulldog offense, even after a few hiccups, played really well and had several big plays on the night. Garrett Miller finished the night 9/14 for 190 yards and 0 interceptions with a couple of beautiful balls over the middle of the field. Mason Collins had a big night, not only on defense, but also on the offensive side of the ball by hauling in 4 receptions for 94 yards to lead the team in receiving. Andrew Ford also had a good night bring in 4 passes for 41 yards that kept several drives alive. Trajon Campbell led the Bulldogs in rushing, going 71 yards on 14 attempts. The Bulldogs were fairly balanced gaining 120 yards on the ground and 190 through the air. This balance will need to continue this week to keep the Blackcats on their heels and not able to pin their ears back and blitz on every play.

Last Friday night the Bulldogs seemed most vulnerable on their special team play against Harlan County. Many times the Black Bears were set up inside the Hazard 25 due to big kick returns that put the Hazard defense tough spots all night. They also looked lackadaisical on return teams, not being aggressive or sustaining blocks, and not fielding balls cleanly. That has been a point of emphasis in practice this week, so they should be a much improved area against the Blackcats.

If the Bulldogs are going to make noise in the playoffs this year, they must start now. They can’t afford to overlook a team or to not take advantage of any opportunity to get better. Game time will be at 7:30 at Prestonsburg High School on Friday night. Come out and support the Hazard Bulldogs and look for the recap Saturday on Bluegrass Sports Nation.