Bulldogs Look to Bounce Back on Homecoming Against the Hornets 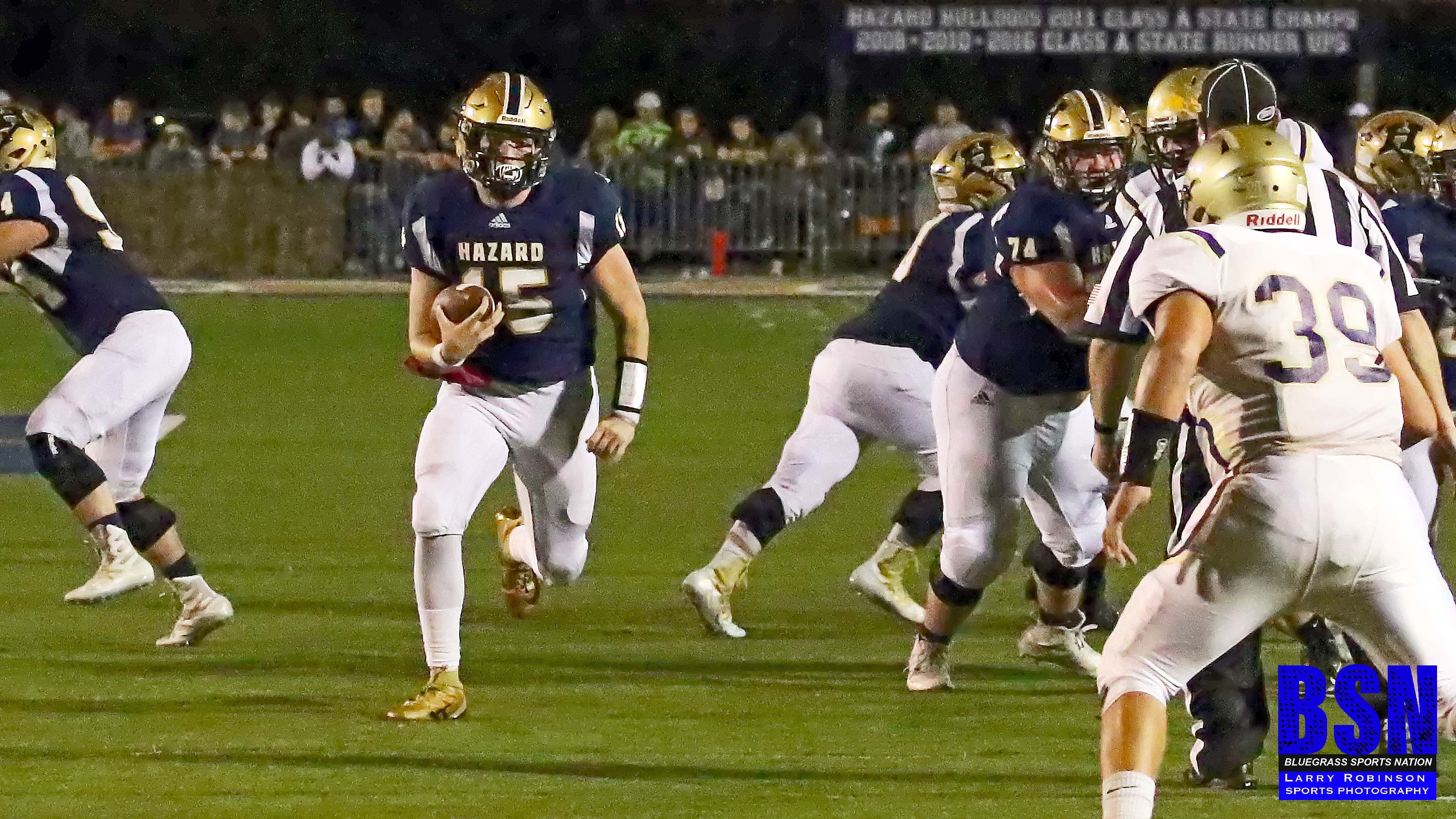 After an uncharacteristic blow out loss to their district rival Pikeville, Hazard will try and put that loss behind them and move on to their next district opponent, the Phelps Hornets. The Hornets are sitting on a 4-4 record with wins over East Ridge (47-6), Harlan (27-18), Betsy Lane (42-14), and Sayre (41-13). Hazard, who is sitting at 5-3, is looking to end the regular season home stand with a win. For the first time in many years, home hasn’t been kind to the Bulldogs. Hazard owns a 1-3 record at Daniel Field this season with losses coming at the hands of Harlan County, Somerset, and last week’s loss to Pikeville. Save the loss to Pikeville, and the losses to the Black Bears and Briarjumpers have been relatively close and competitive games. The Harlan County game was decided by only two points on a safety with time expiring and the Somerset game was not only in reach for most of the night, but had the feeling that the Bulldogs were going to win. Fate said otherwise and now the Bulldogs will have the chance to bring their home record back to .500 if they can handle business this week. A win this week would give the Bulldogs a home playoff game for the first round and the Hornets would have to travel back to Hazard and give Hazard the opportunity to finish 3-3 at Daniel Field.

Phelps is a run heavy team, keeping the ball on the ground 81% of the time. This run heavy offense is reflected in Hornet QB Riley Dotson’s pass numbers, having only 228 yards passing on the season and going 11-24 with 0 TD’s and 1 INT. The Hornet’s rushing attack has several different backs that are chewing up big yardage this season. Their leading rusher is Dominick Francis, who is closing in on 1,000 yards with 2 games still to go this season. Francis is their main threat, scoring 3 times as often as anyone else on the roster, and has found the end zone 12 times this season. Tyrell Hollis (522 yds) and Seth Mayhorn (331 yds) are also threats on the run out of the Hornet’s double wing, double wide receiver offense. They have shown only two formations and will use motion and counter plays to outnumber and deceive opposing defenses. Defensive tackle Landon Dotson is leading the Hornets in tackles with 54 this season. Phelps runs a 3-4 defense with a 2 high safety look. Their defensive backs have brought down 3 INTs this year and as a team recovered 4 fumbles. While not the biggest or fastest team the Bulldogs have faced this season, the Hornets are solid and should give Hazard the chance to improve and get better for the post season that is just around the corner.

The Bulldogs will need to jump on the Hornets early and try to get their offense back in gear. The Bulldogs were held to only 172 yards of total offense last week. With only 59 yards through the air and 113 yards on the ground against the Panthers, Hazard needs to find its rhythm again on the offensive side of the ball. The offense isn’t alone though. The Bulldog defense is reeling as well after giving up 42 points, 269 rushing yards, and 110 passing yards last week. This loss may have happened a the right time to give Hazard a chance to refocus and work on some of the things that they have struggled with. They will have two weeks to work on those things until the real season begins and the first round of the playoffs start.

Friday night will be homecoming night for the Dogs. There will be many old Bulldogs in the crowd looking for a win for the blue and gold. After a long week of homecoming activities that have included class vs. class competitions like powder puff football, boys volleyball, float building, acting out skits, and a field day competition, the Football Bulldogs look to be ready. In what has been a great week of practice, they look as though they have used last week’s loss as a motivator and have continued to get better. Kickoff is scheduled for 7:30 at Daniel Field. With Fall in the air, be sure to bring your heaters and jackets to the game Friday night, as the temperatures will stay in the 50’s for much of the contest. Check back in with Bluegrasssportsnation.com on Saturday for all the game summaries and recaps.