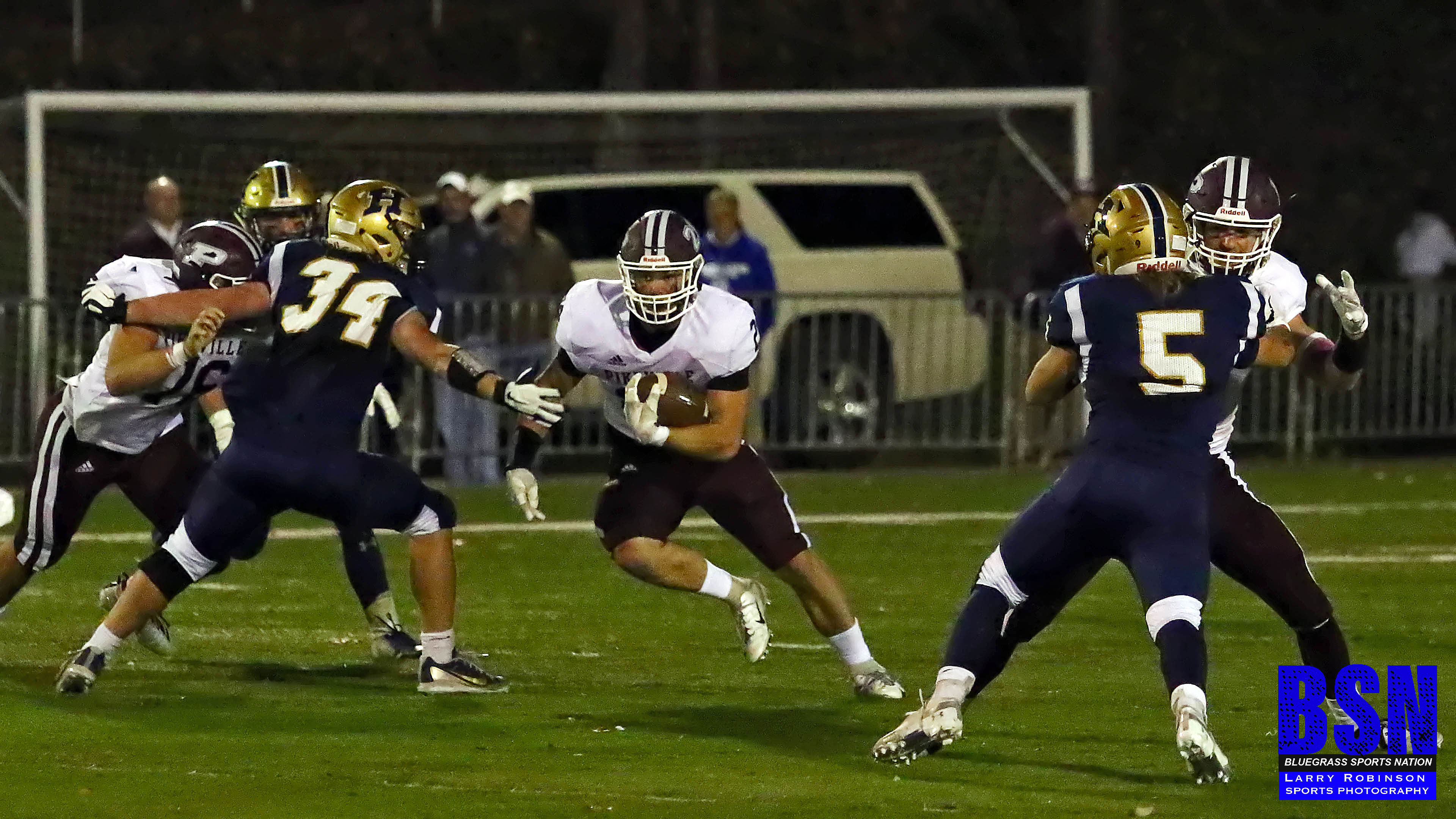 Bulldogs must regroup after loss to Pikeville

In what would be the regular season district championship, the Pikeville Panthers dismantled the Bulldogs in nearly every facet of the the game. The Panther defense was nearly perfect and at times their offense looked almost unstoppable, just as advertised. The Bulldogs walked away from the game with their heads down and many doubted whether they could make any noise in the upcoming playoffs, or even be able to regroup enough to finish with a strong regular season. This loss didn’t happen this past Friday night, it happened October 20th, 2006. The Panthers dominated almost every snap of the game and took the Bulldogs down by a final score of 42-6. Three short weeks later, a skinny, freshman kicker by the name of Austin Delpont would go down in Hazard Football lore when he would split the uprights, with :03 left on the clock in the 4th quarter for the biggest field goal of his career. The field goal would catapult the Bulldogs to the regional final game by a score of 15-14. The Bulldog faithful hopes history is able to repeat itself as the 2019 Bulldogs try to regain it’s footing after a big loss at the hands of the Panthers this past week.

It didn’t take Pikeville long to score on what had been, before Friday night, a very good Hazard defense. Pikeville started the night by taking the kickoff and driving right into the heart of the Bulldogs defense. They took only a few short plays to drive down the field and score on the Bulldogs. The Bulldogs responded by starting to put together a drive of their own, going seven plays when a lost fumble put an end to a promising series. The next series saw the Panthers put together another drive that finished out the first quarter and ended early in the second, and put the Panthers up 14-0. The Bulldogs were able to threaten late in the second quarter with a drive that ended up stalling on 4th down on the Panther’s 15 yard line. That would be the closest the Bulldogs would get to the Panther’s end zone for the rest of the night. The Panther’s would add two more scores on the Bulldogs before the half would end and set the score at 29-0 at the break. After taking the kickoff to open the second half, another Hazard fumble would stop the drive and the Bulldogs were forced to punt the ball back to the Panthers. It took only one play for Pikeville to find the end zone and get the clock running for the rest of the game at 36-0 with 3:15 to go in the 3rd quarter. The Panthers would add 6 points to finish the game and set the final score at 42-0.

What will this mean to the Bulldogs going forward? Time will tell how this Hazard team will react to this snap back to reality. They will have their final District 7 match-up when the Phelps Hornets will visit Daniel Field this coming Friday night. It will be homecoming for the Bulldogs and regardless of the outcome, the Bulldogs and Hornets will face each other in week one of the KHSAA Commonwealth Gridiron Bowl Playoffs. All that is left to be decided by the two, is who will travel in round 1 of the playoffs. If the Bulldogs can take care of business against the Hornets it would set up a rematch with Pikeville in Week 2. Hazard would then have to travel to the Panthers for the rematch. The Bulldogs would then see if they could do the improbable again, some 13 years later, and turn the tables on Pikeville in the post season. Check back with Bluegrasssportsnation.com for the preview of the Bulldogs vs. Phelps match-up on Thursday, October 24th.