Hazard Falls at the Hands of the Admirals 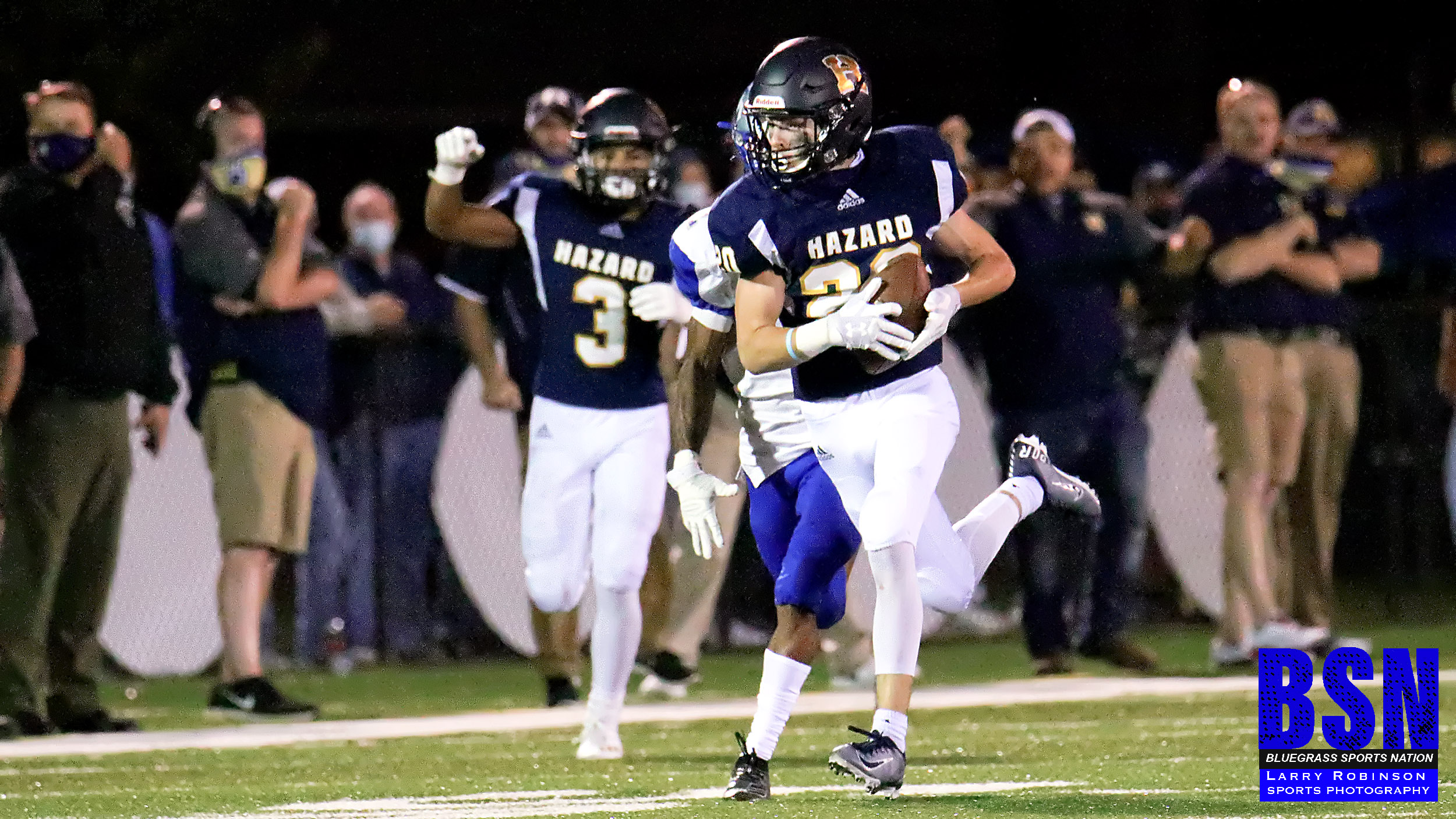 This week of Kentucky high school football saw the Hazard Bulldogs face the Danville Admirals in an intriguing early season matchup. The Bulldogs defeated the Admirals in Danville last season thanks to a touchdown at the very last second that catapulted Hazard to a riveting 30-29 victory. The Admirals likely had this game circled on their schedule for the entire off season, and it was evident from the kickoff on Friday night.

The Admirals received the opening kickoff but quickly punted to bring out the Bulldog offense. Hazard took over deep in their own territory but quickly gained ground through a 24 yard completion from Senior quarterback Garrett Miller to junior receiver Tyson Turner, and then a 22 yard completion from Miller to sophomore wide out Max Johnson. However, the Admirals responded to the Bulldogs air attack early as senior defensive back Bryce Johnson came up with a momentum shifting interception.

Danville quickly capitalized on the defensive success with some success of their own. Sophomore quarterback Sage Dawson found senior wide receiver Corydon Crawford for a 52 yard touchdown pass to take control of the game early on. Senior kicker Zachary Morgan netted the PAT and set the score at 7-0 in favor of Danville.

Hazard got the ball back and found some more magic in the passing game with Miller finding Turner for another long gain, but was ultimately forced to punt. Danville’s next drive also ended in a punt.

As the game progressed into the second quarter, offensive success was scarce as both defenses tightened up and stopped offensive drives. With both offenses struggling, field position became key to both teams. The Admirals used a great punt to pin the Bulldogs inside their own 10 yard line late in the second quarter. The Danville defense forced the Bulldogs to punt and then took over at the opposite 47 yard line. After a long run by junior running back Caleb Burns, the Admirals once again found the end zone to take a 13-0 lead after the PAT was no good. The Bulldogs punted the leather Away to the Admirals again, then an interception by Senior cornerback Jondan Olinger sent the Bulldogs into the half trailing 13-0.

Hazard received the kickoff to begin the third quarter but remained stagnant and had to punt. The Hazard defense kept the Bulldogs in the game by coming up with a huge fumble recovery by junior defensive lineman Kenton Beverly after a sack by senior linebacker Nick Miller. This started the Bulldog offense only one yard outside of the red zone, and they got on the scoreboard with senior kicker Jonah Helm cashing in a 37 yard field goal to update the score at 13-3.

Danville followed with a persistent drive that included a long completion to Corydon Crawford and a spin cycle by Caleb Burns that left the Admirals 2 yards from the end zone. The touchdown was attained by Corydon Crawford and the PAT was good by Zachary Morgan to put Danville in full control at 20-3.

Hazard ended the third quarter with an athletic 19 yard catch by junior receiver Andrew Ford. The drive continued into the fourth quarter and ended the same way that it started. Ford caught a pass zipping from the right arm of Garrett Miller to find the end zone. The PAT was no good and the score became 20-9. Danville and Hazard then traded punts to bring the Admiral offense back to the field. Danville overcame an exciting tackle for loss by junior Hazard defensive back Zane Deaton to score another touchdown. This score came by way of an 18 yard rush by Caleb Burns and the PAT was perfect, putting The Admirals up 27-9.

Hazard quickly answered with a long touchdown connection from Garrett Miller to Max Johnson. The 2 point conversion was nonsufficient, and the Bulldogs trailed 27-15. With time winding down, Hazard attempted an onside kick that was closely contested, but was eventually recovered by Danville. Danville punted, but immediately came down with an interception that effectively ended the game. The Admiral offense kneeled once to come away with the victory in their first game of the new season.

The Bulldogs led by Dan Howard fall to (0-2) and will travel to Paintsville next Friday Night.

The Admirals led by Clay Clevinger improve to (1-0) and will host Wayne County next week.