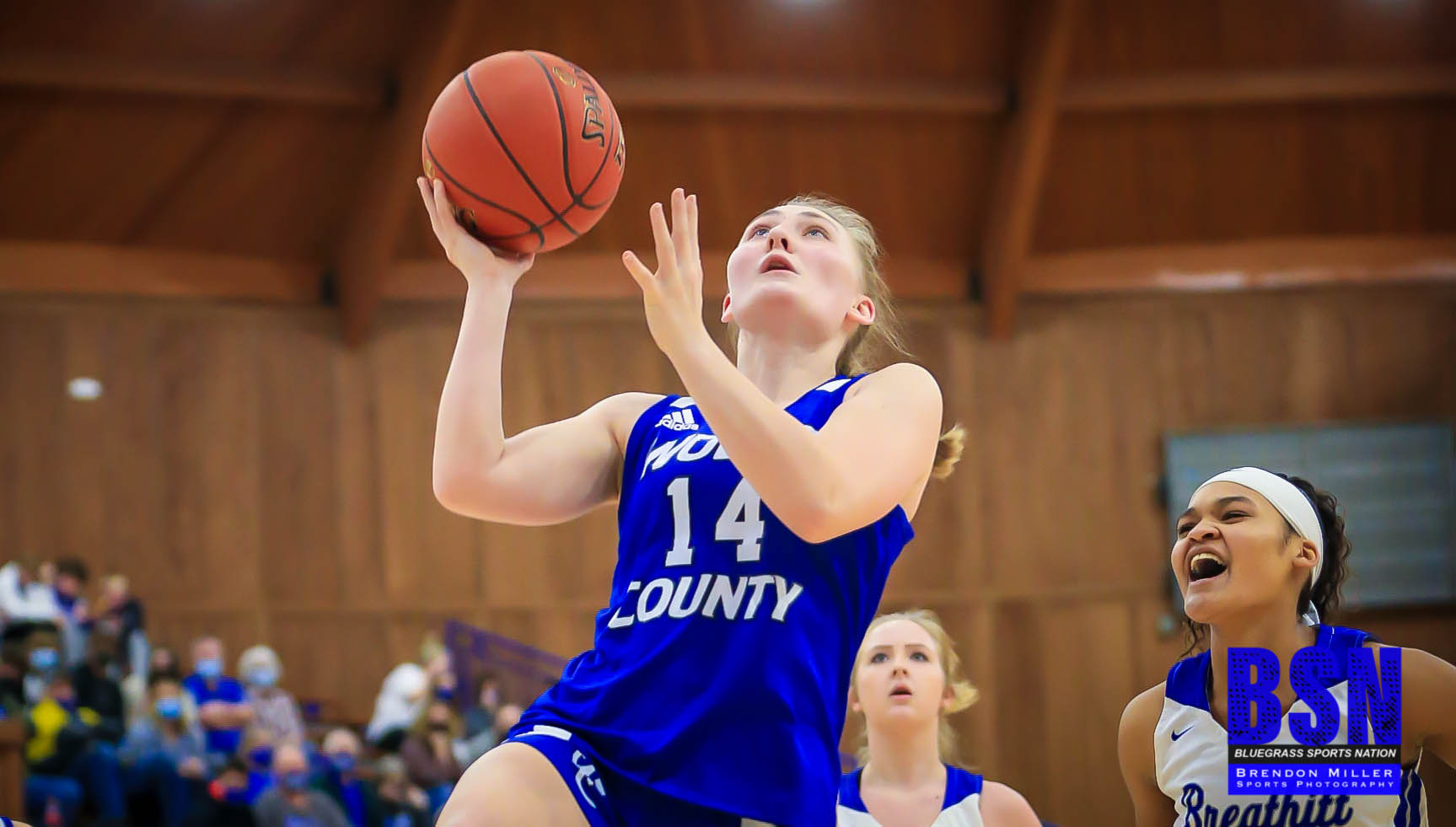 Wolfe traveled to Jackson on Monday Night for the first 55th District matchup of the year of the Lady Wolves and LadyCats. Breathitt came in on a four game win streak at 6-2, and 1-0 in 55th District play. Wolfe was on a two game win streat at 4-2, and also 1-0 in Disrict play. The game was crucial for both teams for seeding for the 55th District Tournament.

After falling behind early in the first quarter, the Lady Wolves evened the score by halftime and then controlled the second half out-scoring Breathitt 41-26 for the win.

1st QUARTER
Breathitt opened clicking on offense taking a 15-8 lead to the first break. Kaylee Clemons hit a 3-pointer and had five, Adreonna Schutz also had five and Emalee Watts knocked down a 3-pointer. Kenzie Miller and Hannah Kidd both hit 3-pointers for Wolfe.

2nd QUARTER
Wolfe began to hit their offensive stride in the period with Brianna Colwell driving for eight, Sarah Smith had five and Kenzie Miller hit another 3-pointer. Clemons had another five for the LadyCats and Brenley Gross added four. At the half, the score was tied 26-26.

3rd QUARTER
Wolfe hit the gas in the third with Colwell attacking for eight more. Sarah Smith hit a 3-pointer and had six, Haylee Vance knocked down a corner 3-pointer and had five. Schutz held the LadyCats close with 10, and Riley Bush had four. Headed to the fourth, Wolfe was in front 49 – 44.

4th QUARTER
Wolfe fininshed off the win with an 18-8 fourth, led by Colwell who added seven of her game-high 25. Miller hit her third 3-pointer of the night and Smith and Ally Bailey each added a basket. Schutz scored four in the period for her team-high 19, while Bush added four.

The two teams will meet again on February 22nd in Campton.