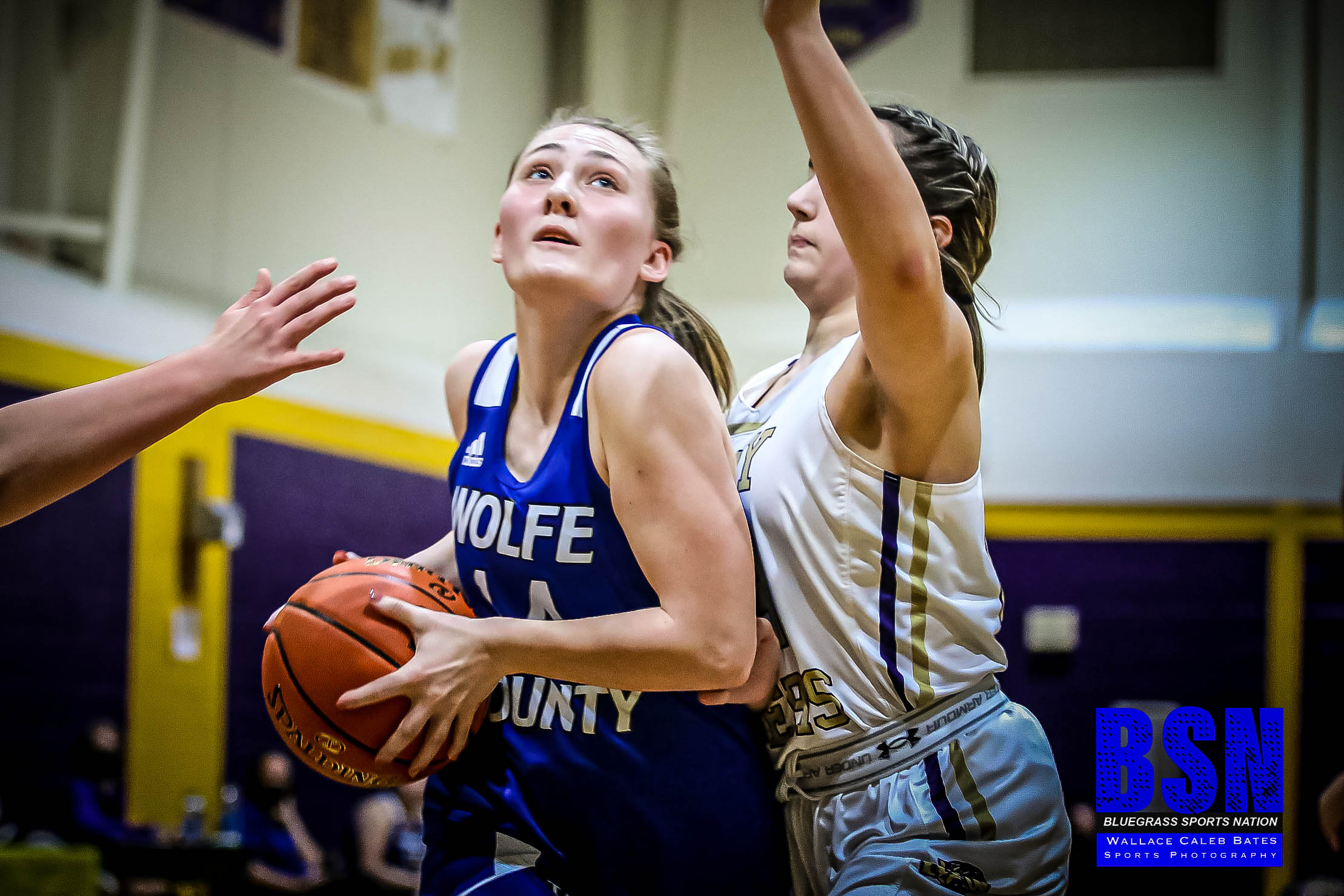 Wolfe County made nine 3-pointers, and went 17-of-18 at the free-throw line.

The game was streamed on BSN:

Six players scored for Wolfe County, including senior guard Brianna Colwell who led all scorers with seven points. For the Lady Tigers, Riley Turner and BreAnna Tincher combined to score seven points. At the end of the opening quarter, the Lady Wolves led 18-7.

Riley Turner made two 3-pointers and scored eight points for the Lady Tigers, while the Lady Wolves countered with two 3-pointers for both Vance and sophomore guard Sarah Smith. With one quarter remaining, the score was 56-29.

Sophomore guard Ryleigh Noble led all scorers with 13 points for Jackson City, while Riley Turner and Tincher combined to add 13 points. For Wolfe County, Kenzie Miller, Jasmine Banks, and Kidd each made a 3-pointer. Banks led the team in scoring with seven points. The final score was 76-55 in favor of the Lady Wolves.