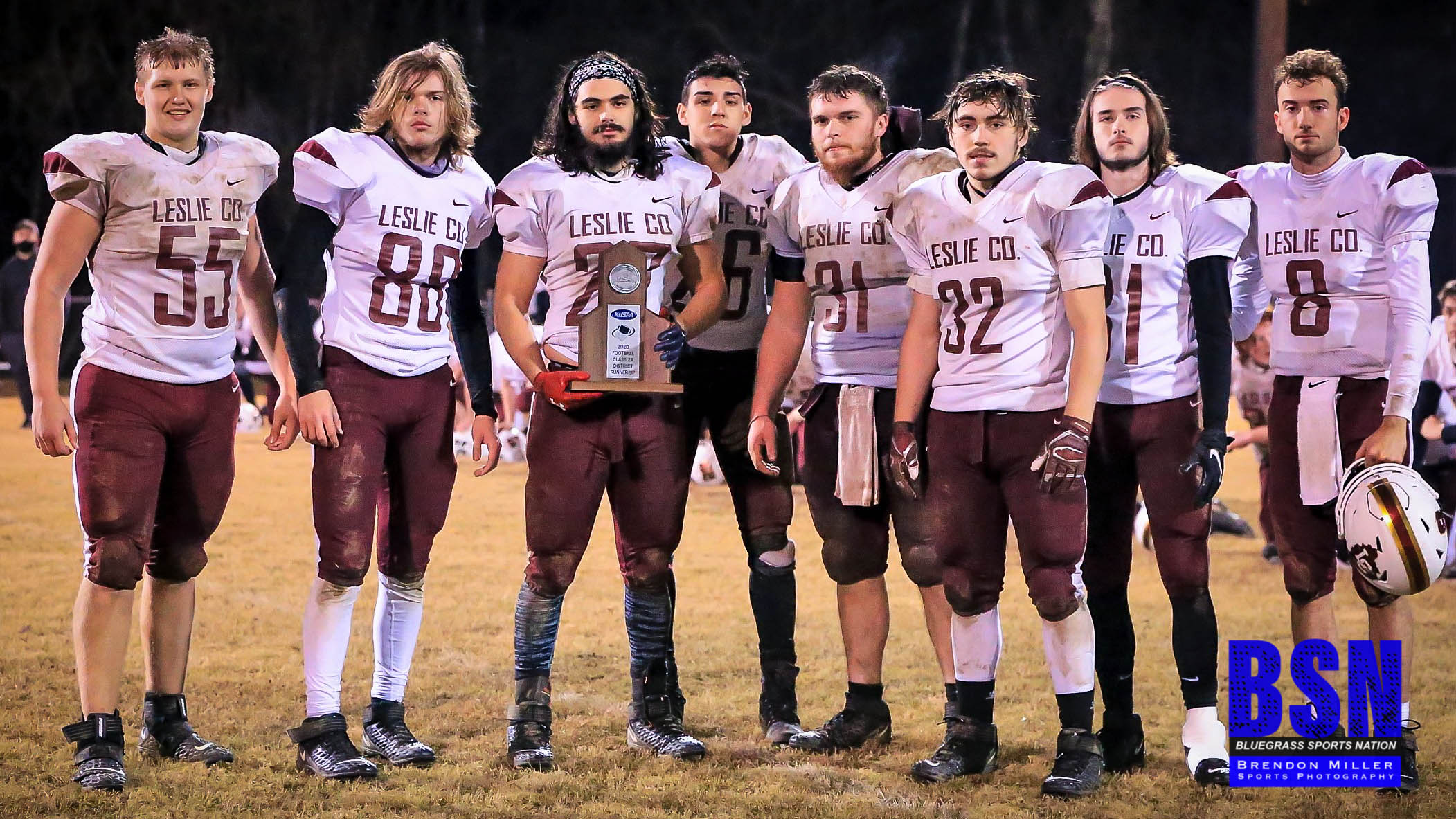 2020 has been a year that will be remember for decades to come, a year that future generations will read about in the history books. A year that has been challenging for fortune 500 companies and small business owners alike. A year that a pandemic changed all facets of life, how we vote, how we go to work, how we go to school, and how we play sports.

The Leslie County Eagles faced several obstacles on the gridiron during the 2020 season. Covid shutdown, game cancellations, injuries, and the loss of a football parent. The resilience of coaches and players during the 2020 season, resulted in unforgettable moments from playing in a district championship to ten special young men who suited up for the Eagles for the last time.

Undoubtably, no other seniors from any Eagles team have faced the adversity these young men have. Ten men who represented their school, their town, and their county proudly, ten men who brought something special to their team.

Here is what Leslie County Head Coach Eddie Melton, and some of their teammates had to say about them.

PRESTON SPURLOCK – LB/RB – a young man that not only played through injury for 2 seasons, but played his position as well as anyone. Spurlock has been described as an old school player, a hard nose player, but perhaps a tackling machine suits him best.

TRENT ASHER – RB/S – a young man that when he touches the ball, everyone holds their breath because something special is about to happen. Asher has been described as a consistent playmaker, electrifying, and a superb athlete that excels in every sport.

ZACH PARKER – QB – a young man that brought leadership and stability to the team. Parker has not only the ability to throw the deep ball, but can get tough yards with his feet, and a vocal leader.

DEVON BOWLING – OL – he has been an anchor on an offensive line that was dominant this season. Bowling was described as a leader on the line, and a hard worker.

BRANNON STUBBLEFIED – RB – along with Asher provided a great one two punch in the backfield. Stubblefield has been labeled a running back who had great vision, the ability to find the gap, and a leader.

ETHAN McCOY – DB/WR – was tagged as a young man with a superior work ethic, fearless, gives a 110 percent, and a lock down defender.

ANTHONY BOGGS – WR/DB – was mentioned as the most improved player on the team, dedicated, and done whatever was ask of him.

CODY ADAMS – LB – was described by his peers as a leader who led by example. His hard work in the weight room and on the practice field raised the bar, for his teammates.

Goodluck to these young men and their future endeavors. Thank you to your service and dedication to the Eagles and Leslie County High School.