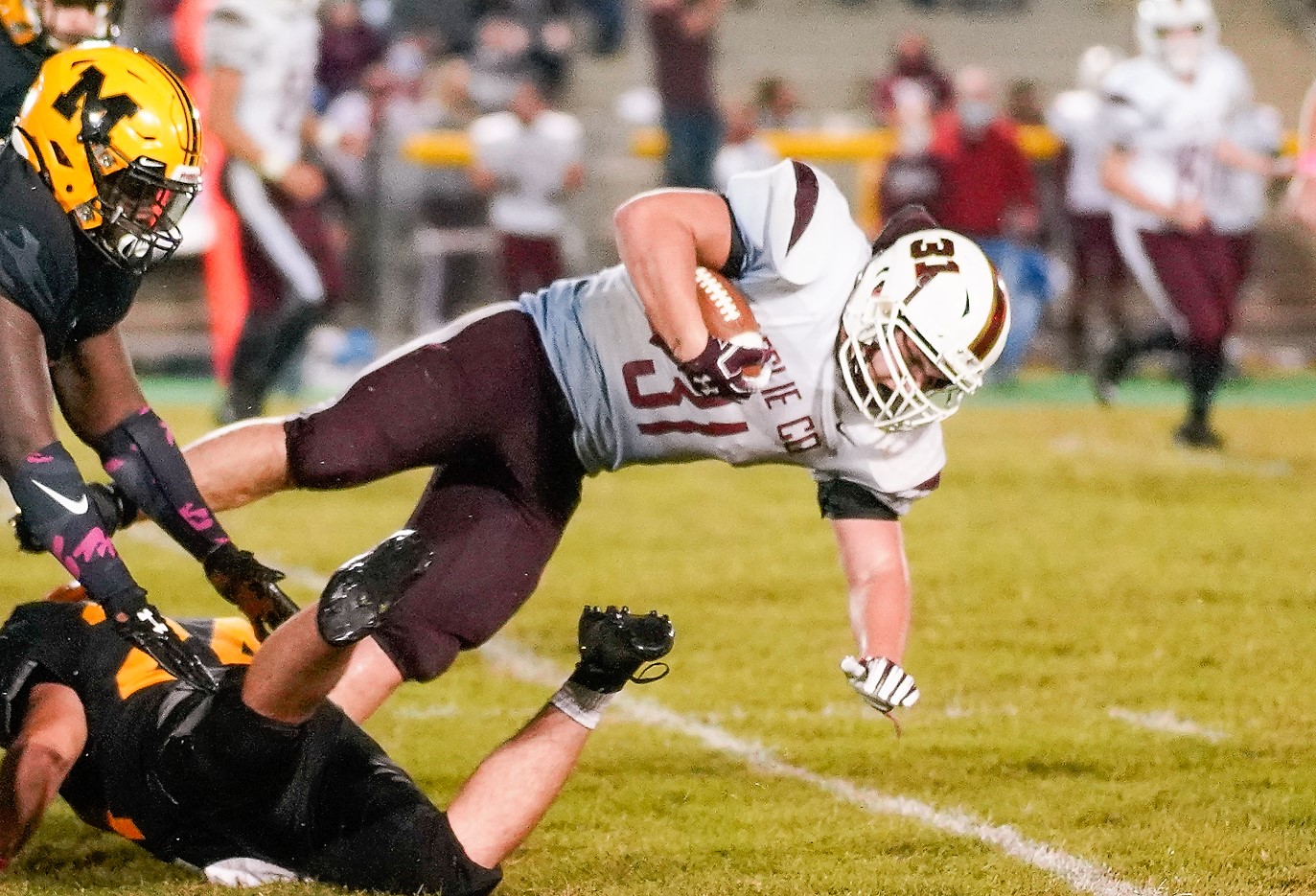 Jackets score in final minutes for the win

On a perfect fall night at Lee Majors Field, conditions were right for a big time District Matchup, the Eagles and the Yellowjackets did not disappoint. Entering the matchup, both teams boasted a high-octane rushing attack featuring explosive players in the backfield. All signs indicated that both teams would rack up rushing yards, and put points on the scoreboard, but on this night, the defense of both teams shined, making big plays during the entire game.

The Leslie County defensive performance was highlighted by a couple of huge fourth and goal stances, and a solid run defense. Linebackers Preston Spurlock, Bryce Pugh, Tyler Osborne, and the defensive line made big plays stopping the run all night. The secondary had a solid night, sophomore Wyatt Ostrander had a great outing, making an impact with key pass breakups, including a couple in the endzone.

After a scoreless first half, Yellowjackets senior QB Eric Helton found the endzone on a 32-yard run, for the first score of the game, midway through the third quarter.

Eagles senior QB Zack Parker heated up in the fourth quarter finding Trent Asher to tie the game at 7.

With less than a minute to go, freshman Cayden Grigsby scored on a two-yard touchdown, giving Middlesboro a 13-7 lead after the missed PAT.

Leslie County fumbled the ensuing kickoff, ending any hopes of an Eagles victory.

Both teams are now 1-1 in District play and are likely to meet again in the opening round of the playoffs.