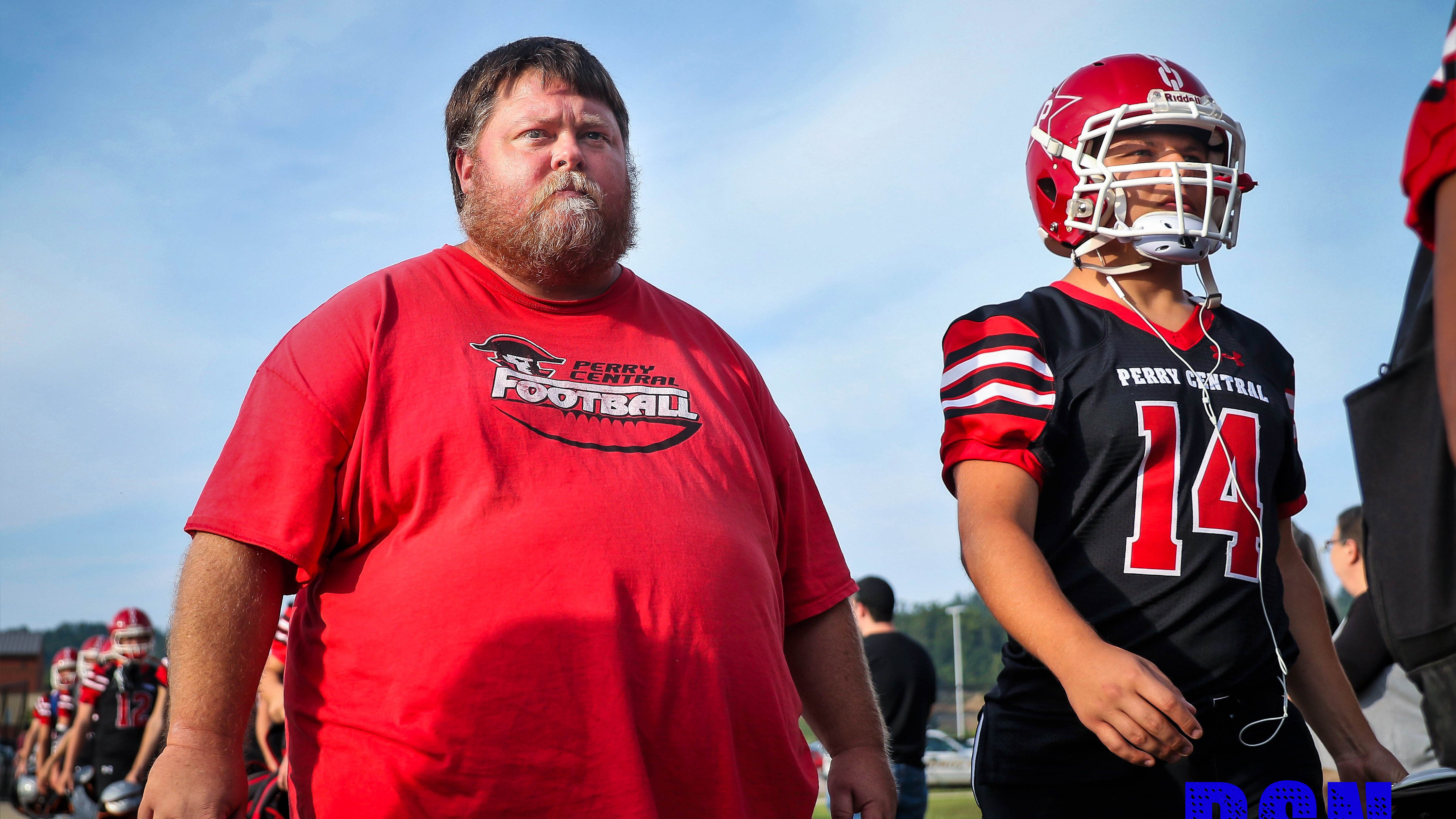 The Commodores head to Hyden Friday to take on the Leslie County football Eagles for the first time in nearly ten years. For decades, Perry County and Leslie County players have clashed on the gridiron, and they get back to it as we open up the season.

These teams last played in 2010, with Perry Central winning big in Hyden. The teams have gone back and forth since the Commodores first fielded a team in the mid-90s. Perry currently owns a four-game win streak over the Eagles.

Leslie County has a rich football tradition. Not many communities can claim a Mr. Football recipient and a number one overall NFL draft pick like Tim Couch. In an interview with Bluegrass Sports Nation, Commodores Coach Ovie Canady recalled his first encounter with Couch.

“The year after I graduated Evarts, they scrimmaged and Tim Couch was a freshman,” Canady said. “They played about three plays and he got tackled into a ditch and all heck broke loose. I knew he must be very good for them to act like that. The scrimmage ended and they went home.”

Perry County is coming off a historic year for the program but graduated some heavy hitters. Leslie County had a rough year in the win column – finishing 3-8 – but won three district games and lost a close one with Shelby Valley in the district championship game. The Eagles put on a show offensively in district play, averaging around 40 points per game.

This year’s schedule for the Commodores doesn’t include a home game until September 20th against North Laurel, but the 30-minute drive makes for an opportunity to bring a lot of red and black to Hyden.

“This is an easy trip to make and the kids love when the fans show up to support them,” Canady said. “They know who is in the crowd and it means a lot to them. Plus, it’s motivational to have a large road crowd.”

The Commodores and Eagles kick off their season Friday at 7:30 p.m. Look for pregame and postgame coverage here on Bluegrass Sports Nation and you can listen live on WSGS 101.1. There will be a picture gallery on Saturday from BSN photographer Cordis Bishop!!!