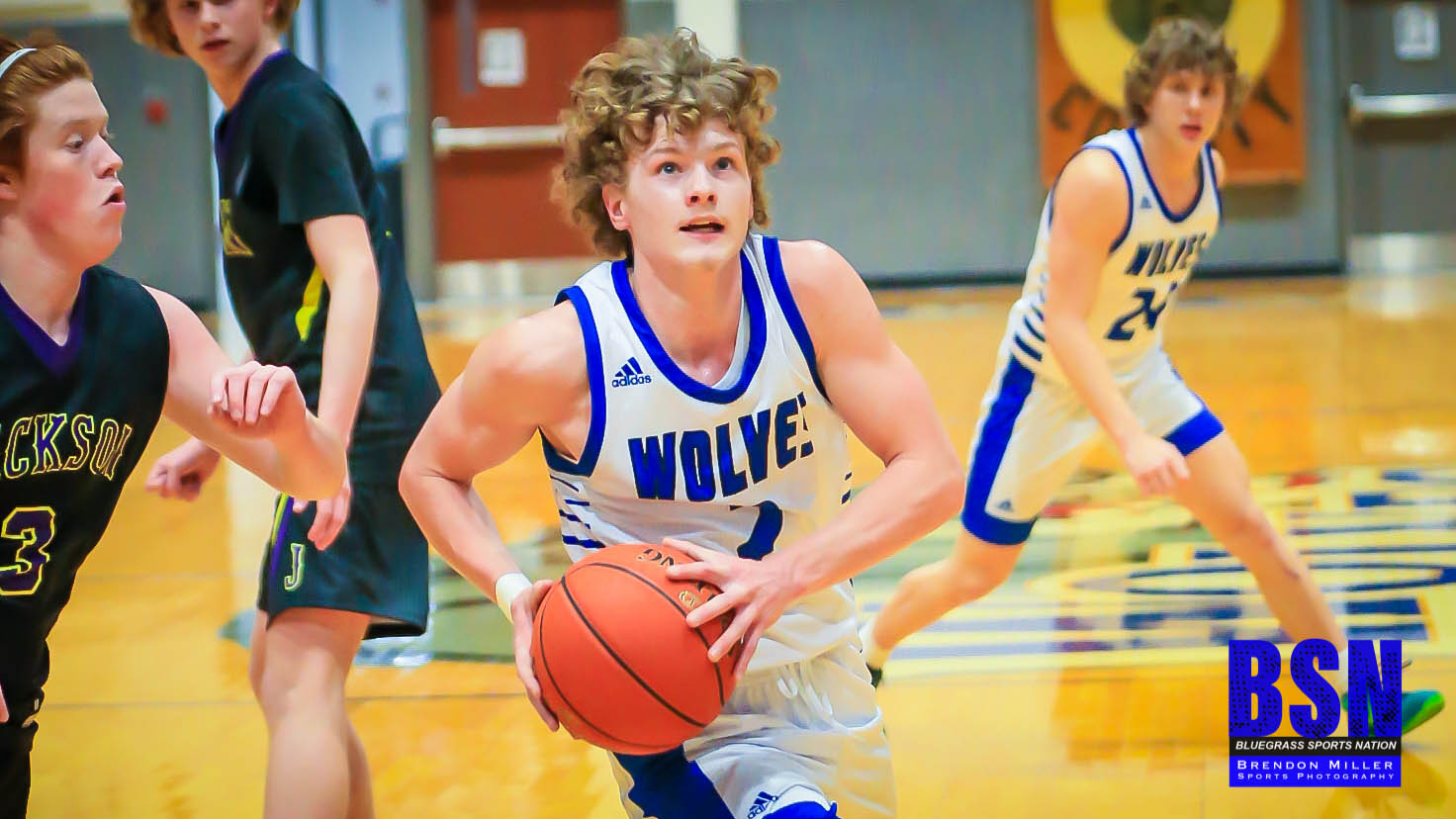 The Wolves and Tigers met for their first of matchup of the home and home 55th District series of 2021 on Tuesday night. Wolfe raced to a big 2nd Quarter, after a reasonably even 1st Quarter, to lead 45-22 at the half. At the final horn, the Wolves had their second 55th win of the season.

1st QUARTER
All five starters scored for the Wolves with Jaz Johnson out front with seven and Wilgus Tolson with six. Elijah Tolson, Sawyer Thompson and Skyler Ritchie each had a basket. Five Tigers scored with Micah Henson, Payton Tharp and Breyden Combs each with three, and Jaiden Jett and Paxton Howard each with a basket. End 1Q, Wolfe 19-Jackson 13.

2nd QUARTER
Wolfe hit the gas in the second putting up 26 and limiting Jackson to nine. Johnson had seven more with Thompson five, Peyton four. Wilgus, Elijah, Ritchie, Reece King and Andrew Mayabb each had two. Tharp had four from the line, Dysonn Clair had two baskets and Howard converted a free throw. At the half, Wolfe led 45-22.

3rd QUARTER
Johnson, Thompson and Ethan Wilson each tallied three, while Peyton, King and Mayabb each had two. Henson netted seven, Combs three, and Clair and Tharp each had two. Headed to the final 8:00, Wolfe was up 60-36.

4th QUARTER
The young Wolves got some clock in the fourth as Dalton Voils and Jason Ross each had five, and Adam Halsey, Jacob Hollon, Jacob Parker, and Troy Rose each got a varsity bucket. For Jackson, Howard had six, Tharp four, Henson three, and Braxten Jett 2.

15 Wolves scored in the game and all seven of the Tigers scored.

The two teams will meet again in Jackson on March 4.