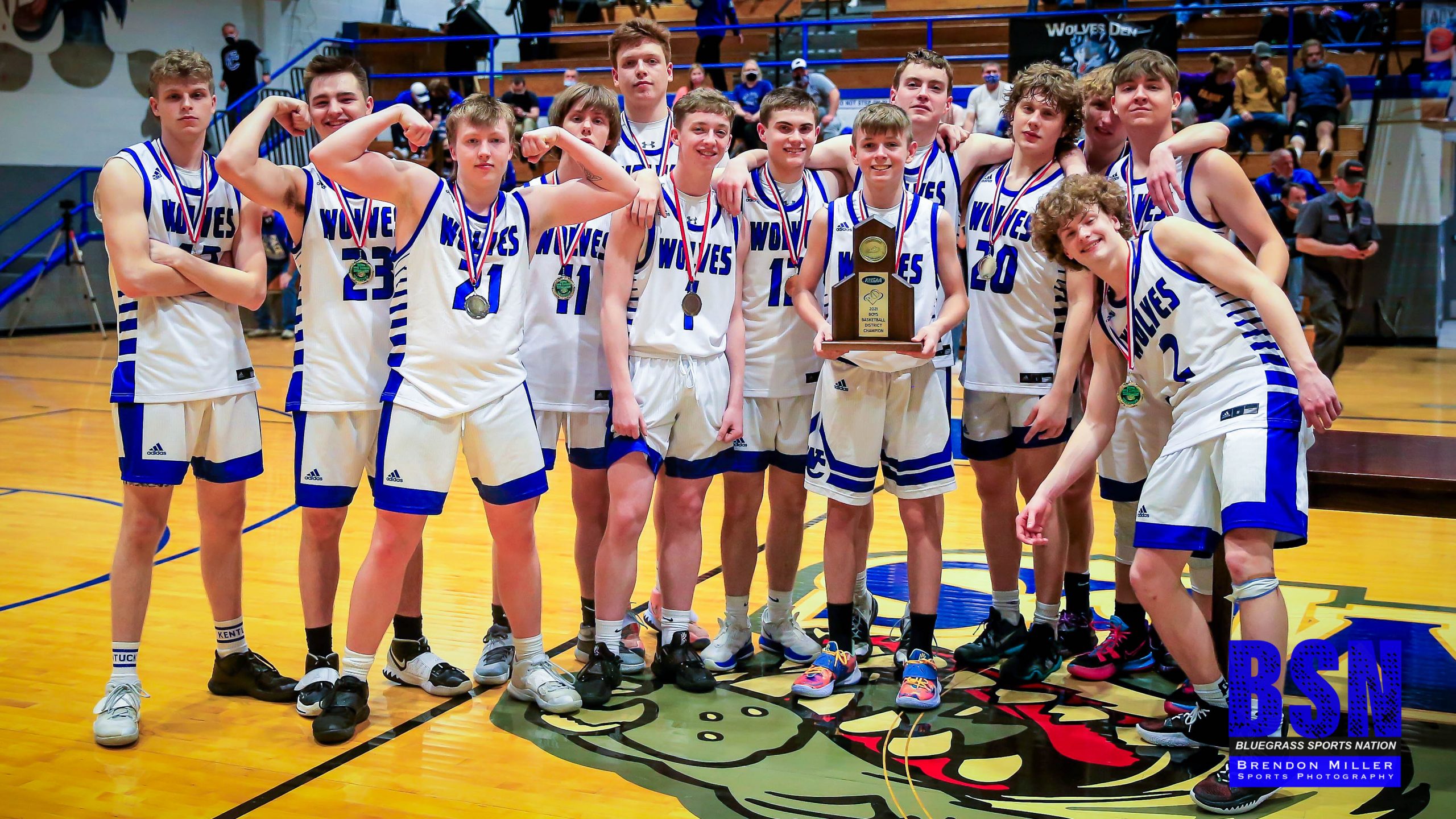 All five Wolves starters hit double-figures as Johnson goes for 28.

Wolfe County moved to the 55th District in 2006 with this being their 16th year as part of the 55th. Wolfe won the District in that first year, and four since. Breathitt and Wolfe have faced off in the District Championship game 12 times in those 15 years, with Breathitt winning eight while Wolfe prevailed in four. One of those four was the memorable 2020 edition which Wolfe took on a Wilgus Tolson’s buzzer-beater, 62-60.

Wolfe got the better of Breathitt on January 22nd in Rose Gymnasium 88-64 and then the 2nd meeting in Jackson was cancelled due to weather. The Bobcats were intent on getting the win and getting a winner’s draw in the regional, but had to go without their Junior wing, Jaylen Turner due to sickness.

Newly crowned 14th Region Player of the Year, Jaz Johnson was spectacular with 28, including 10 in the 4th when the Wolves out-scored Breathitt 26-10 to close out the game. All five Wolves netted double figures on the night. Austin Sperry slashed and drove for 25, and Bryce Hoskins was force in the paint with 10.

2nd QUARTER
The Bobcats fought back in the 2nd as Sperry and Hoskins led the way with six each. Sperry had two field goals and was 2 of 3 at the line while Hoskins had a bucket and was 4 of 4 at the line. Johnson and Elijah Tolson each had four with Elijah hitting his first 3-pointer and Thompson connected on his second 3-pointer. At the half, Wolfe 36 – Breathitt 33.

3rd QUARTER
The teams played to a 16-16 tie in the 3rd. Sperry hit his only 3-pointer as part of his seven and Combs hit his third 3-pointer and had five. The Wolves connected on four 3-pointers in the stanza with Thompson netting two and Johnson and Elijah Tolson with one each. Heading to the 4th, Wolfe was still ahead by three, 42 to 39.

4th QUARTER
Wolfe closed out the game out-scoring the Bobcats 26-10 in the 4th, as Johnson was on fire down the stretch, splashing two 3-pointers and two field goals for 10 of his game-high 28. Ritchie electrified Rose Gymnasium with two thunderous dunks, one on an alley-oop from Thompson, with eight of his 12. Sperry completed his team-high 25 with six.

Wolfe improved to 14-9 while Breathitt fell to 16-6. Both teams are headed to the 14th Region Tournament and will be in action on Saturday.

The 14th Region Tournament Draw will be tomorrow morning (Wednesday) at 10:00 AM at Breathitt County High School. BSN hopes to be able to stream the draw.