Letcher Turns Over Perry, Moves on to Second Round 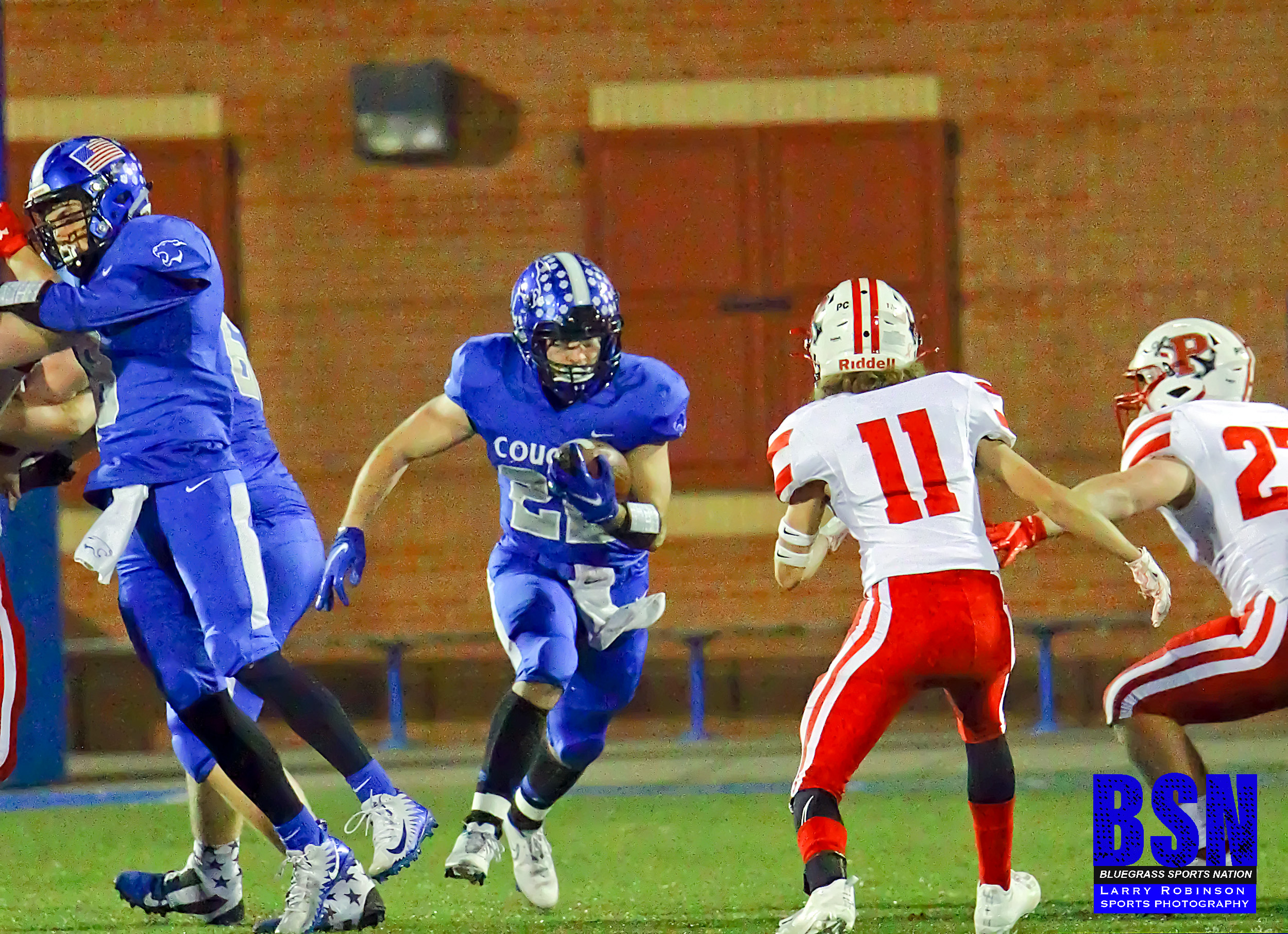 Letcher Central’s defense forced a total of five turnovers against Perry Central in the opening of the KHSAA Playoffs Friday night. Two fumbles by the Commodores in the first quarter set up great field position for the Cougars. The Cougars took advantage of one of the turnovers when Hayden Brashear scored from three yards out with 4:55 remaining in the first quarter. The two point conversion attempt was unsuccessful by Brashear leaving the score at 6-0 Cougars which was the score after one quarter.

Carson Adams hooked up with Alex Blair from forty yards at 10:16 remaining in the second quarter to make it 12-0 LCC. Brashear’s two point comes up short leaving the score 12-0 Cougars. Perry Central still had a hard time moving the ball when Chanse Mackenzie threw an interception which the Cougars were able to take advantage of. Later in the Quarter Brashear scored again from six yards out with 8:16 reaming until halftime, giving him touchdown number two of the evening. The PAT attempt by Kane Gibson was no good making it 18-0 Cougars.

Mackenzie threw another interception on the next series of plays for the Commodores, but the Cougars could not take advantage of it. The Cougars on the other hand would get the ball back one more time before halftime and Brashear scored his third touchdown of the game with 55.5 second remaining until halftime. Adams pass on the two point conversion attempt was no good, and at halftime the Cougars would lead the Commodores 24-0.

The Commodores had first possession after halftime. Still having a hard time moving the ball and having four turnovers in the first half the Commodores pinned the Cougars deep in their own territory after a punt. Adams connected with a screen pass on the next drive with Sam Little from 78 yards out with just over 9:35 remaining in the third quarter. Brashear puched in the two point conversion to make it 32-0 Letcher after three quarters. Mackenzie fumbled the ball midway through the third quarter giving the commodores a total of five turnovers in the game.

The Fourth Quarter was no different then most of the game. The Commodores tried many times to stall with the ball and run some clock out. With 6:35 reaming in the game, Koby Johnson scored from 40 yards on a halfback draw making the score 38-0 for Letcher. Gibson added the extra point making it 39-0 and that was the final score of the game as Letcher Central gets their first home playoff and playoff win since defeating the Damien Harris led Madison Southern Eagles all the way back in 2014. This is also the first time in Commodores head Coach Mark Dixon’s career that one of his teams was shutout in the playoffs.

Carson Adams finished with 124 yards passing and two touchdowns completing 4 of 8 of his passes. Hayden Brashear had 40 yards rushing on 7 attempts and 3 scores. Sam Little had 78 receiving yards and a score. Alex Blair had 40 receiving yards and a score. Dakota had two fumble recoveries for the Cougars as well as Jepatha Griffith, the two interceptions the two interceptions the Cougars were able to take away from the Commodores were by Koby Barnette and Reece Barnette. For the Commodores no stats were available.