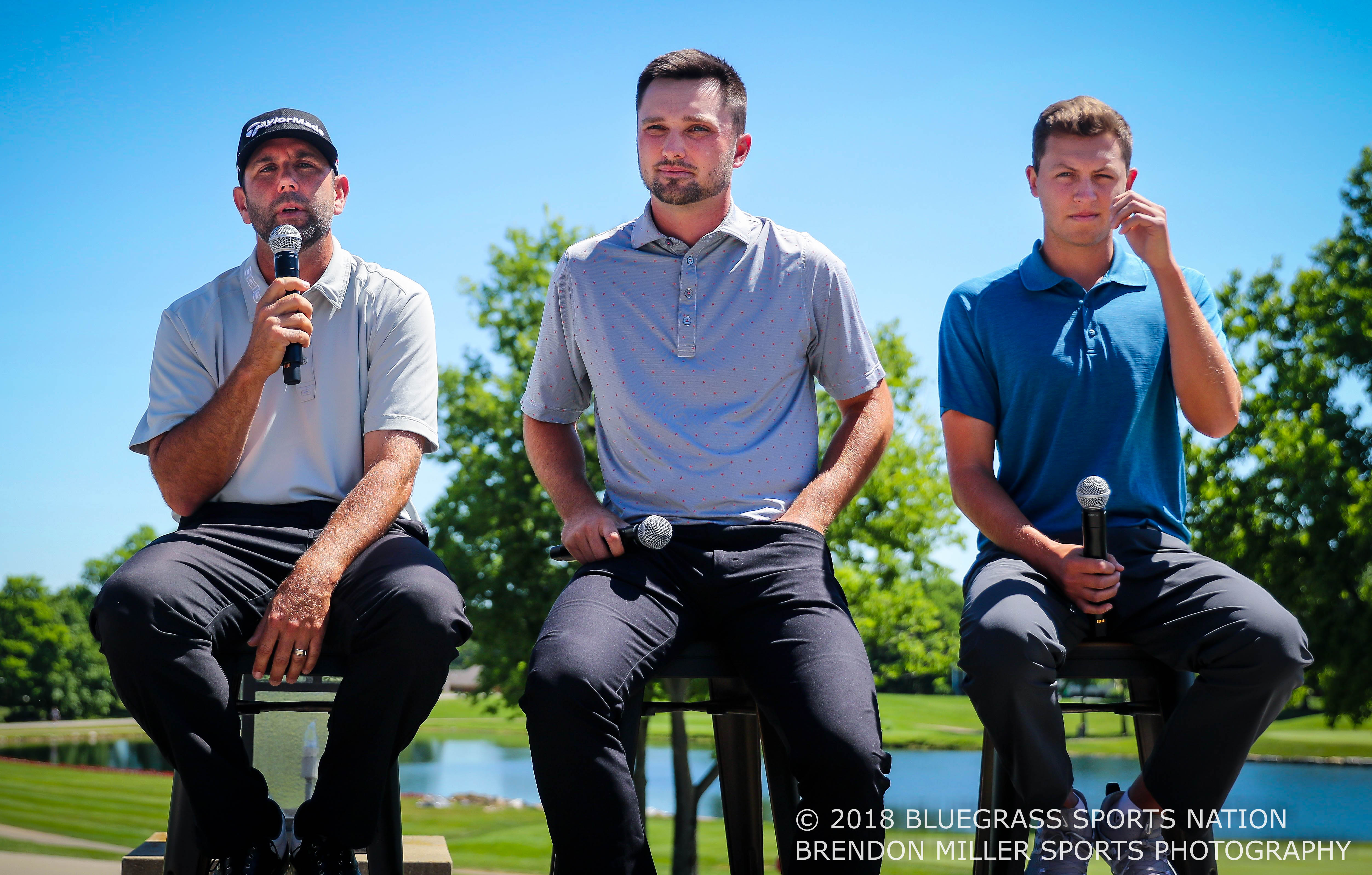 “This is an impressive field made up of some of the very best golfers in the world,” said tournament director Bryan Pettigrew. “We’re thrilled to have players with Kentucky ties joining the tournament. This is going to make for a great fan experience here in the Bluegrass and for those traveling to the Barbasol from around the region.”

For a complete list of players competing in the 2019 Barbasol Championship July 18-21, please visit https://barbasolchampionship.com/the-players/.

Players with local ties include:

Chip McDaniel is 23 years old and is from Manchester, Kentucky which is located about an hour and 45 minutes from Lexington. At the University of Kentucky, he won three collegiate events, finished 2nd in the SEC Tournament and was named a Ping All-American in 2016. Rounding out his college career he accumulated 14 Top 10’s. As an Amateur McDaniel qualified in prestigious tournaments such as the U.S. Amateur and U.S. Open Sectional. McDaniel was a two-time Kentcuky State Amateur Champion in the years 2013 and 2017, making him the youngest champion in 50 years as well as tying J.B. Holmes (-13), both times winning by 6 shots. He also was a World Cup team member and holed-out for Eagle on the 18th hole of NCAA Regionals firing a back nine of 31 and sending his team to the NCAA Championship. McDaniel turned pro in June of 2018 and has a scoring average of 68.8 on Tour. McDaniel has already made his mark on the tour, making the cut in three PGA Tour Events and recently qualified for the 2019 U.S. Open, beginning today.

As a Junior Wildcat, Cooper Musselman had seven top-20 finishes and four top-10 finishes, finishing 8th at the Schenkel Invitational and carded his low 54-hole season total of 211. Finally, as a senior, he earned his 1st colligate victory at the Crooked Stick Invitational, tied for 5th at Kenny Perry Invitational (-1) and Puerto Rico Classic (-4). Musselman finished on the All-SEC Academic team and had a career best finish at the SEC Championship when he tied for 16th place. He went on to NCAA Regionals finishing tied for 19th shooting 4-under par over the final two rounds. Cooper Musselman is currently competing on the web.com Tour.

Stephen Stallings is 24 years old and resides in Louisville, Kentucky. He attended St. Xavier High School in Louisville where in 2011 he won the KHSAA Individual State Champion. After high school, Stallings attended the University of Kentucky. Throughout his stellar college career, Stallings was a mainstay in the Wildcats lineup and in 2016 helped lead Kentucky to one of the programs best finishes at Nationals. That same year he shot the second lowest 18-hole score in UK history-65 at the 2016 Schenkel. In 2017, Stallings was named a team captain, as well as, an Academic All-American and a member of the All-SEC Community Service team. He was the runner up in the Kentucky State Am that year as well. After turning pro in 2018, Stallings placed third at the Kentucky Open.

The 26-year-old Stewart, from Lexington Kentucky, and had an impressive college career winning SEC Player of the Year at Vanderbilt University and was a Walker Cup team member and First Team All-American. Stewart turned pro in 2015. He got off to a good start with a top-10 finish at the OHL Classic at Mayakoba on the PGA Tour, spending the summer playing on the PGA Tour Canada with top-10 finishes. Hunter Stewart spent some time in Europe playing in four European Tour events, highlighted by a 9th place finish in the Czech Masters in Prague. Stewart also played in the Swedish Masters and Denmark Open finishing top-30. This year Stewart, who is also a Lexington Christian Academy grad, has successfully qualified for multiple Web.com tour events.