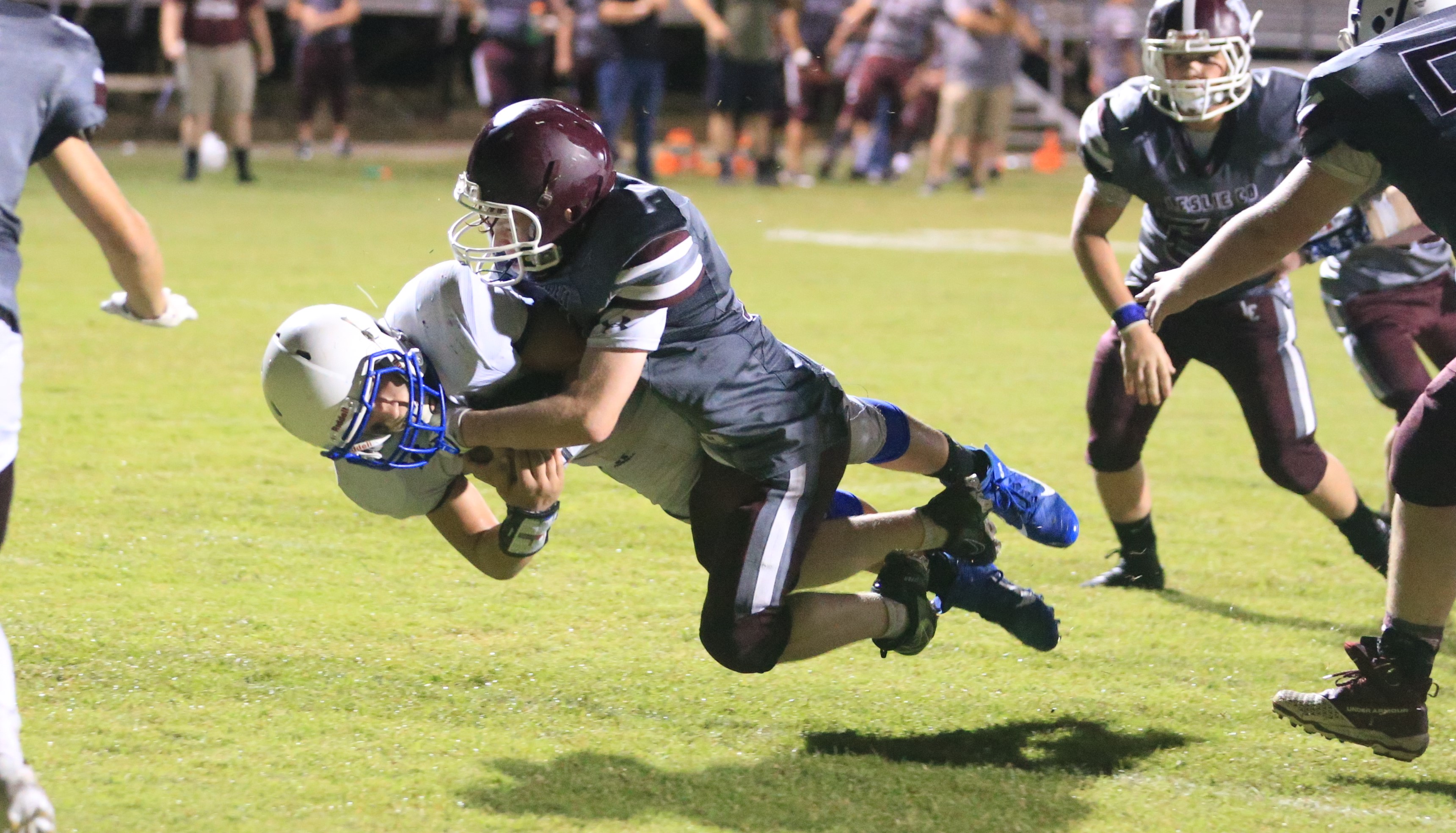 Bobcats score 24 unanswered in the 4th Quarter for the Win!!

It was a late night start for the Bobcats last night in Hyden, as due to a grade school game, the Bobcats and Eagles did not get started till nearly 8:30. The home standing Eagles were out to avenge their loss to Breathitt in the Junior Honey Bowl on August 30th, and came out ready to play, while the Bobcats waited till much later to start it up.

Leslie County was in control of this game for nearly three quarters before the Bobcats came storming back in the 4th. Leslie heavily rode the back of their Quarterback Dalton Baker for most of the game putting up the 1st 22 points of the game to lead by that margin.

Baker scored all 22 of the Eagles’ points on the night. Leslie led 14-0 at the half on Baker runs of 10 and 6 yards, and a conversion on the first score. Baker added the third touchdown in the 3rd Quarter on a 7 yard run. The Baker conversion gave the Eagles what appeared to be a comfortable lead.

That is when the Bobcats hit their stride and started clicking offensively. A long Caden Bowling run at the end of the Quarter set up a 6 yard touchdown by Bowling on the second play of the 4th and get the Bobcats on the board and gain some momentum. The Bowling conversion run, made the score 22-8 Leslie with 7:30 to go in the game. The sizable Breathitt crowd finally had something to cheer about and did so.

An attempted onside kick by Breathitt was recovered by Leslie at midfield, but the Bobcat defense held the Eagles on downs and gave the ball to the Bobcats on their own 25 yard line. Momentum has clearly switched to Breathitt, and on the 2nd play of the possession, Dillan Stacy hit Brayden Johnson on an out route at about midfield and Johnson housed it from there outrunning the secondary down the Leslie sideline. Bowling powered into the end zone for the conversion, by carrying two defenders across the goal line, making it 22-16 Leslie with 4:30 to go.

The Breathitt Defense then really turned up the heat on Leslie and forced a three and out and the Eagles to punt. At that point, Breathitt would simply not be denied and the fact they were going to score was inevitable. Big runs by Bowling and quick hitters for chunks of yards by Kory Combs set the Bobcats up at the Eagle 15 with less than two minutes on the clock.

Coach Fudd Hays called Bowling’s number on a sweep left and Caden broke multiple tackles and spun on the sideline to lunge just inside the pylon and into the end zone leaving several Eagle defenders lying on the ground for an awe inspiring 15 yarder. The score tied the game at 22-22 with the conversion to come. For the conversion, the Bobcats gave it to Combs who dove into the end zone carrying a tackler (pic above) for the winning points.

After the kick off, the Bobcat Defense closed out the Eagles with a big hit by Daltion Roberts on Baker which caused an errant pass that was intercepted by Austin Sperry. Sperry returned the ball to the Eagles 30, where Stacy then took a knee to run out the clock and set off a celebration by the Bobcats!!!

Character is best exhibited when faced with adversity. This bunch of young men showed the character of champions on the Leslie County river bank tonight!!

Breathitt ends the regular season with a record of 7-2 and will now advance to the State Middle School Playoffs and face Jenkins on October 12th!!