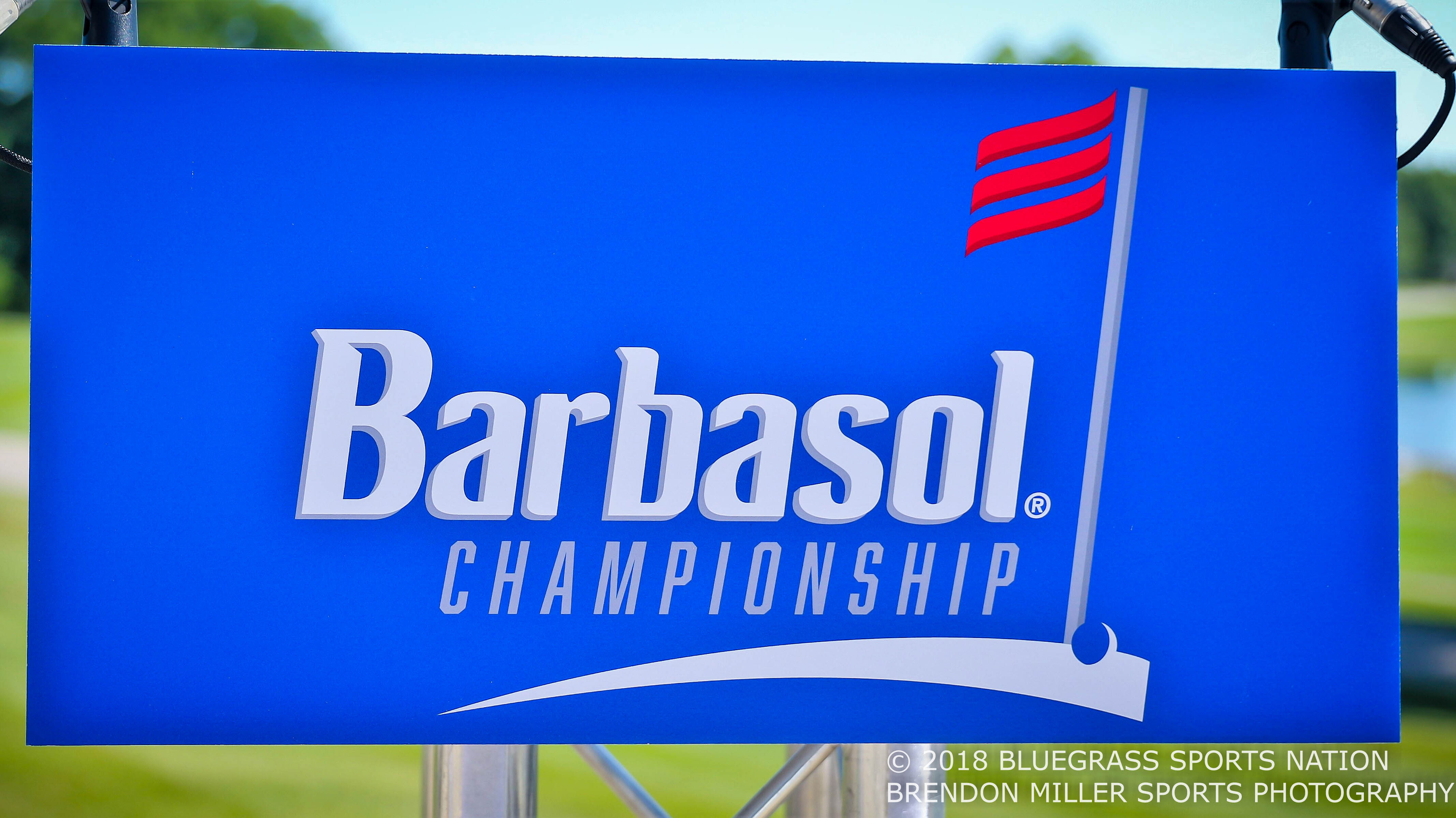 A look inside the Barbasol Championship by Mike Fields

NICHOLASVILLE, KY (June 27, 2019) – The Barbasol Championship will have its second go-around at Champions at Keene Trace in a few weeks, and the course already looks primed and ready to host some of the best golfers in the world, according to PGA TOUR tournament official Andrew Miller.

“It looks fantastic, like we could play tomorrow,” Miller said during a recent site visit. “The rough looks nice and thick; the greens and fairways all look green and healthy.”

Miller was on his way home to Nashville from The Memorial in Dublin, Ohio, when he stopped at Champions to inspect the course that will play host to the $3.5 million Barbasol Championship July 18-21.

He toured the layout with course owner Evan Mossbarger and superintendent Carl Gray, along with Mike Harmon, Mike Kelley, Zach DeCicco and Bryan Pettigrew of Global Golf Management, which is staging this year’s tournament.

Miller toured the entire Champions facility, getting input about everything from where the players’ and caddies’ dining rooms will be; to where the equipment trucks will park; to where TV towers and scoreboards will be located; to where corporate hospitality cabanas, chalets and skyboxes will be constructed; to where volunteers will be headquartered.

There was even a negotiation session at the 18th hole. Global Golf would like to put a TV tower directly behind the green, right where a bunker is located. It would rarely come into play for the pros in the Barbasol, but . . .

“Obviously, building a TV tower in a bunker is going to affect competition and rulings and how the course is played,” Miller said. “We always want to make the right decision.”

That decision will come later.

Global Golf is a seasoned pro at all of this. It puts on several PGA TOUR events, including the TOUR Championship (FedEx Cup Playoff) at East Lake in Atlanta.

This summer’s Barbasol Championship will have a different look than last year, when the front and back nines were flipped and the finishing hole was a par 3.

This year the 18th hole will be the traditional 18th, a difficult par 4 bordered by water, with a small green as a target.

That means nearly two dozen structures (cabanas, chalets and skyboxes) will be built along the 18th fairway.

Miller also consulted with Gray and Mossbarger about drainage issues (most of which have been resolved since last year) and about the length of grasses in waste areas.

Gray and his grounds crew had their hands full last year when severe storms and heavy rain interrupted the Barbasol Championship. They managed to get the course in good enough shape so that a full 72-hole tournament was somehow completed.

“I thought things went pretty well for a first-year event,” Miller said. “It was unfortunate, with the weather and Mother Nature, that they got dealt a bad hand. The one good day we had (Thursday) there were quite a few people out here.

“To hit everything perfectly the first year is difficult. A lot of stuff is trial-and-error.”

Miller jotted down notes on a legal pad Monday morning as he made his way around Champions at Keene Trace. He probably could have alphabetized them from A to Z. That’s the nature of a PGA TOUR event.