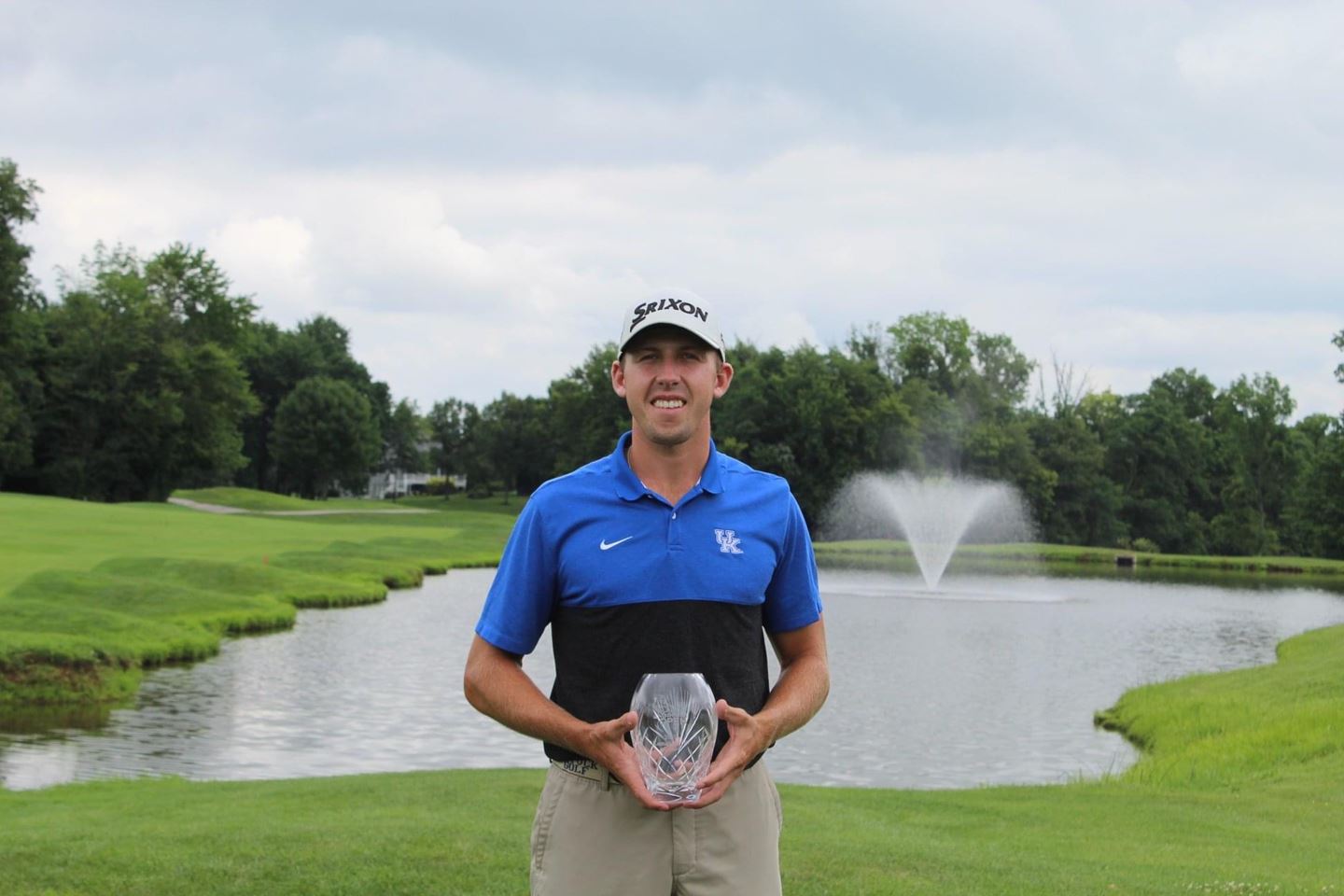 Kentucky men’s golfer Jacob Cook continued his outstanding play this summer with a runner-up finish and low amateur status at the 101st Kentucky Open at the Triple Crown Country Club in Union, Kentucky. He capped the tournament at 9-under par, improving his score each day.

Rain interrupted the third round on Thursday, and Cook returned to the course on Friday and played his final nine holes at 5-under par to push into contention and conclude the week as the low amateur. He fired an opening round of 1-under. His second round came in at 69 and he finished the week with a 4-under 68.

“I couldn’t have asked for a better summer,” Cook said. “I’ve seen some really hard work pay off. This summer, I’ve put a lot more emphasis on tournament preparation and making sure that I’m ready to play when I show up to an event. Being well prepared has been key for my success on the course.

“As I get into the college season, I plan to focus on the same things along with my teammates,” Cook said. “That we are well prepared to play our best each time we tee it up. Our team has a lot of potential this fall and I’m looking forward to getting back together with them.”

Cook was not the only Wildcat to enjoy success at the Kentucky Open this week. Assistant coach Ben Fuqua and incoming freshman Campbell Kremer concluded the tournament at 4-under par and tied for eighth overall. Fuqua had the second-lowest final round of any player on the course with a 67. Kremer, mirrored Cook, by improving each round. He logged scores of 72-71-69.

Cook has simply been sensational this summer. It began with being the low amateur at the Unbridled Event at Boone’s Trace National Golf Club in Richmond, Kentucky, in May. He then won the Lexington City Championship on July 12. He carded a hole-in-one at the Kentucky Match Play Championship and won the 2020 Daniel Boone Invitational on July 20.

The men’s golf team has had a tremendous summer season in preparation for the 2020-21 season. In addition to Cook’s notable performances, Jay Kirchdorfer won the Kentucky Match Play Championship, Garrett Wood finished third at the Ohio State Amateur and Alex Goff was the runner-up at the 91st Southeastern Amateur.