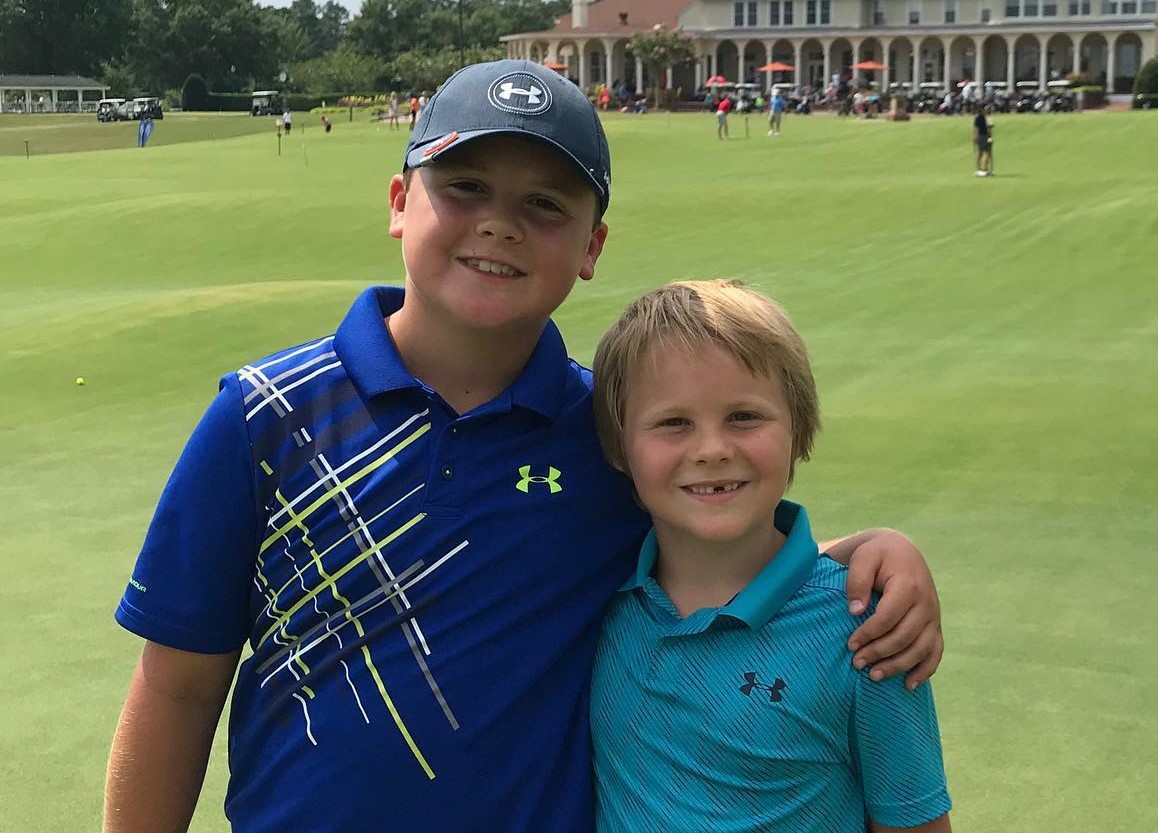 Local youth golfers Weston Miller, Nathan Chapman and John Matthew Chapman traveled to golf mecca Pinehurst, North Carolina this weekend to compete with the best in the Eastern United States at the Red, White and Blue U.S. Kids Golf Regional. The Tournament is a was prelude to the World Championships coming up in a couple weeks, which will also be held at Pinehurst.

All three are Breathitt County natives. Weston Miller is the 13 year old son of Terry Miller of Jackson and Beth Moore Miller of Whick. Weston has torn it up this Spring and Early summer on the West Virginia U.S. Kids Tour earning four consecutive wins and his 4th consecutive player of the year. Weston competed in the 13-14 year old division on Pinehurst No. 7. Weston shot 76 on both Saturday and Sunday to finish in a tie for 19th of the 76 golfers competing.

Nathan Chapman (9) and John Matthew (7) are each the sons of Jonathan and Kendra Noble Chapman of Jackson. This was the first tournament this year for each Nathan and John Matthew due to COVID-19, and each were excited to be on the course and played well in their first competitive rounds of the year.

Nathan competed in the 9 year-old division held on Pinehurst No. 1. That division played two rounds of 18 holes and Nathan shot a pair of 77’s on the weekend to finish in the a tie for 18th of the 42 competitors.

John Matthew competed in the 7 year-old division held at Longleaf, which consisted of two 9 hold rounds. John Matthew carded a 43 on Satruday and 44 on Sunday to finish in 16th.

Congratulations to each Weston, Nathan and John Matthew on their exceptional performances and good luck in the upcoming U.S. Kids World Championships!!! Expect to see great things out of these outstanding young men in the future.