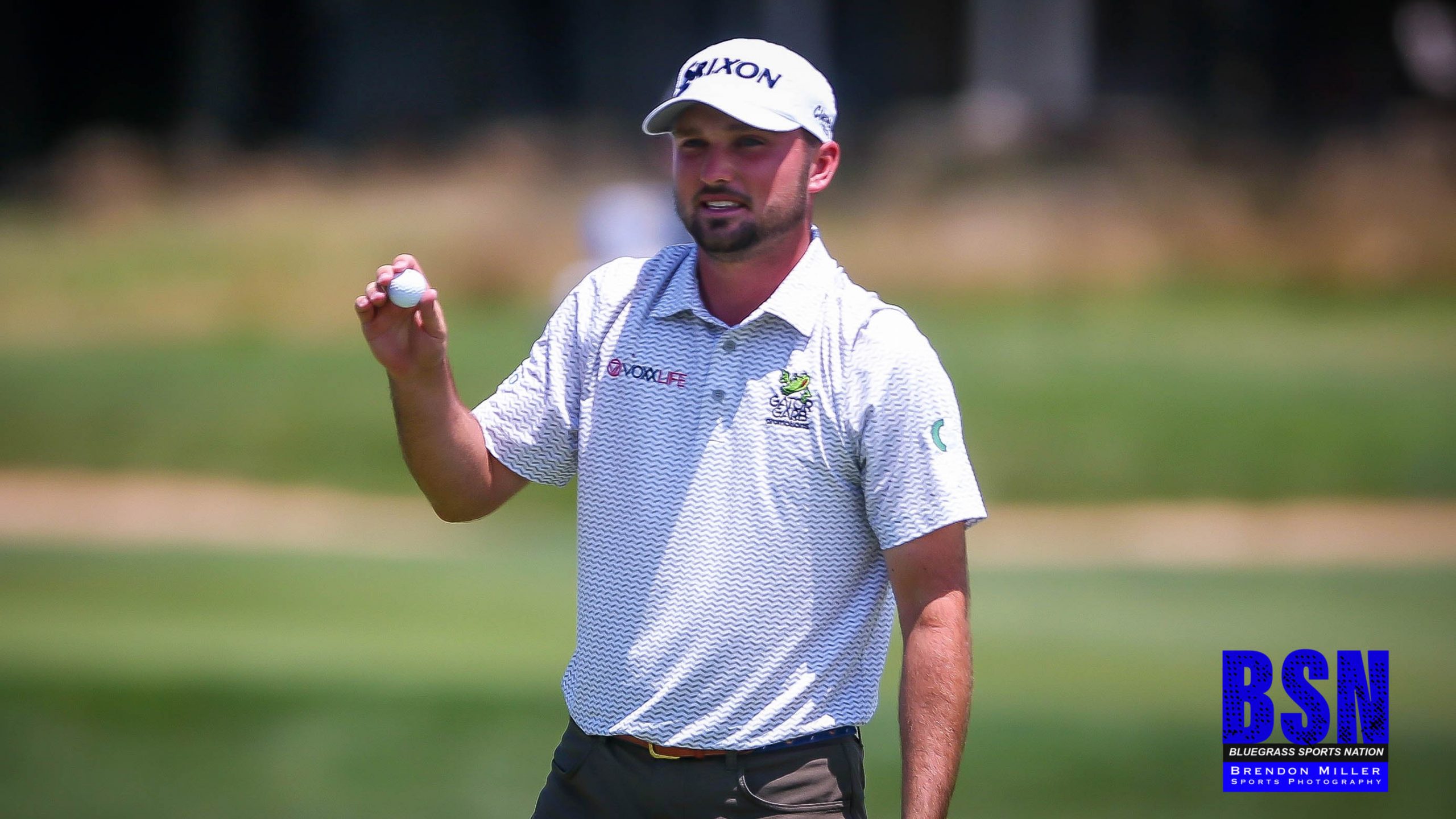 GEORGE TOWN, Exuma, The Bahamas (January 11, 2020) – Five Kentuckians are among the field of 132 professional golfers as the Korn Ferry Tour launches its new season on Sunday at the Bahamas Great Exuma Classic at Sandals Emerald Bay.

Three former University of Kentucky players – Mark Blakefield, Chip McDaniel and Cooper Musselman – along with former Murray State star Jared Wolfe and South Carolina Aiken golfer Matt Atkins will compete for the $600,000 purse and the all-important points in the race for their PGA TOUR card. The Korn Ferry Tour awards the top-25 finishers with their cards at the end of the regular season.

“It’s pretty impressive when you take these five golfers playing here in Exuma, add in Justin Thomas, JB Holmes and Josh Teater on the regular tour, and I think it says a lot about the development of the sport in the Bluegrass State,” said Blakefield, a 37-year-old Maysville native, who was a member of UK’s first Southeastern Conference Championship team in 2005.

McDaniel and Musselman were teammates two years ago and led Coach Brian Craig’s team to one of the greatest season’s in UK golf history. The Wildcats finished in a tie for 21st overall on the team leaderboard of the NCAA Championship after winning four regular season tournaments. The team only advanced from the regional when McDaniel holed out for eagle from 118 yards on the 18th hole of the final round the week before.

McDaniel was the 2017 Kentucky Amateur champ and earned conditional status on the Korn Ferry Tour, but came so close to earning guaranteed starts. In the final round of Q School last month, the Top 40 earn eight guaranteed starts. He finished his final round in 37th place. Unfortunately, others in the final groups still on the course moved up the standings, knocking McDaniel to 41st place. “It came down to one shot,” McDaniel said.

Musselman was 2017 Kentucky Open champion and is a member of the “first family of golf in Kentucky.” His grandfather Tom launched the Musselman-Dunn Tour three decades ago, which has recently been merged with the Kentucky PGA Junior Tour.

“Growing up playing in every local tournament around the state, there wasn’t just one or two guys dominating the events, there were 10 or more,” said Musselman, who will be paired with McDaniel and Chase Koepka, Brooks’ younger brother, and will tee off at 1:15 p.m. in the first round on Sunday. “That just spurred even more competition; it just elevated the talent levels to new heights. Now in every professional golf tournament, we’re seeing Kentucky players in contention.”

In addition to Musselman, Wolfe hails from Louisville as well, and was a member of the Racers’ 2010 Ohio Valley Conference championship team. Since turning pro, the 31-year-old has grinded away on the PGA TOUR’s Canada and Latin American circuits. In 2019, he finished third in the Latin America Tour standings after a runner-up finish at the season-ending Shell Championship to earn his 2020 Korn Ferry Tour card.

Atkins is a 2009 Apollo High School graduate in Owensboro, Ky., before becoming an NCAA Division II All-American at USC-Aiken. Earned his 2017-18 PGA TOUR card where he made 21 starts, six cuts and one top-25 finish. He has played in the Bahamas Great Exuma Classic twice, missing the cut in 2017 before a T37 finish last season.

The tournament was launched in 2017 by Lexington, Ky.-based bdG Sports, which manages more than 150 college basketball and hockey games each year, and two professional golf tournaments, including the Bahamas Great Abaco Classic, which follows the season-opening event in Exuma.

Other notables for the Bahamas Great Exuma Classic at Sandals Emerald Bay: