Leslie Drops a Heartbreaker to Clay to Open Season 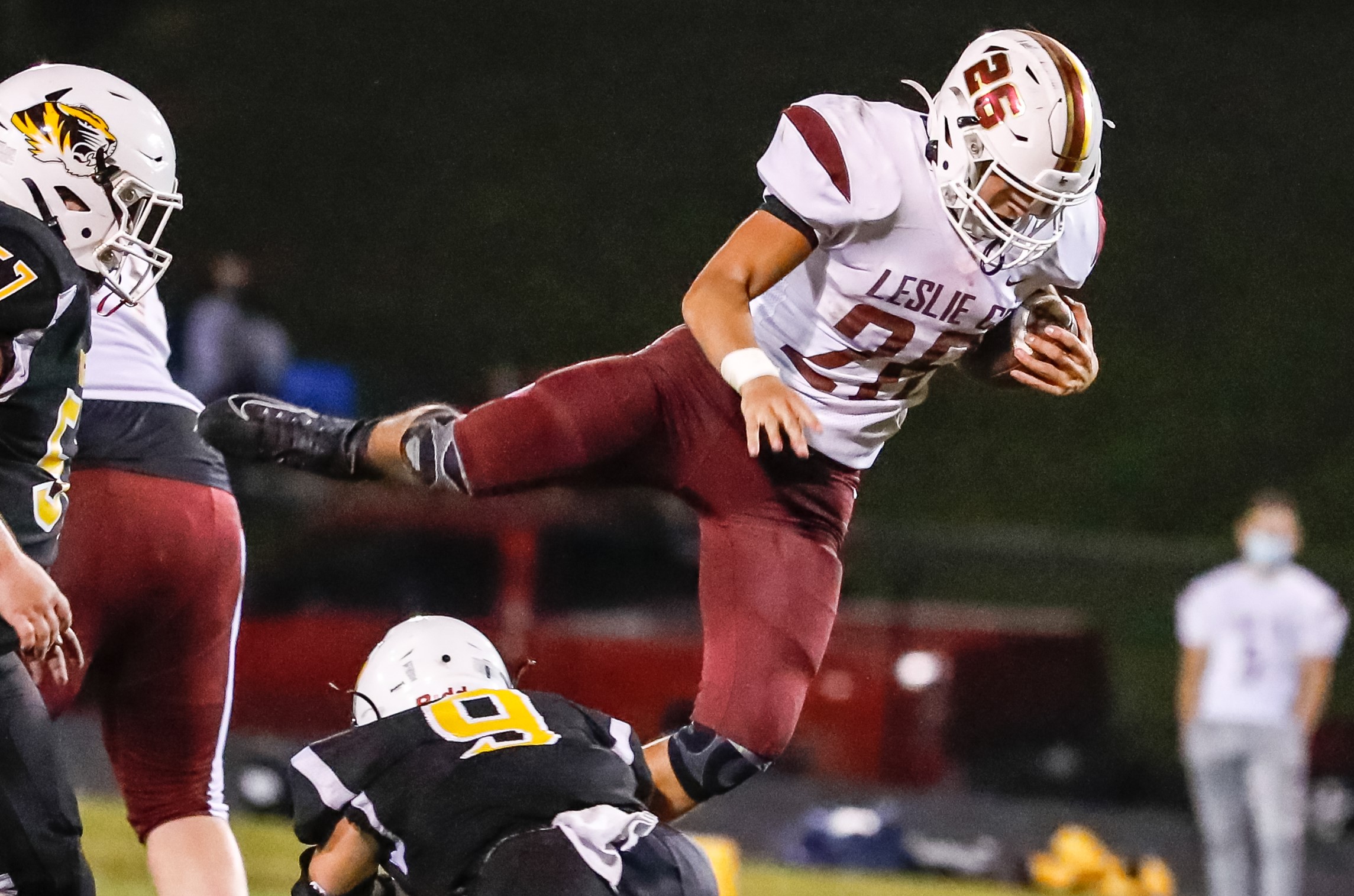 The Leslie County Eagles traveled west Friday night to face a familiar rival, the Tigers of Clay County. The two programs have formed a heated rivalry that has stretched over the span of a few decades, despite being in different classes, regions, and districts. The rivalry has produced some great games over the last twenty years, in a series almost dead even, with Clay having one more win than Leslie.

The Eagles were hoping to even the series record Friday night, however, Leslie came up a little short as Freshman QB Trent Rice would lead a late charge for Clay County in a 26-21 comeback win. The Eagles had led for nearly three quarters and gobbled up 318 yards rushing, led by Senior RB Trent Asher, who accounted for 194 of those yards and 3 touchdowns.

Clay County received the opening kickoff and drove down the field to score on a 32-yard strike from Rice to Saylor and would convert on the 2-point conversion. Leslie would answer on their opening possession, as Trent Asher would explode on a 36-yard TD run. The Eagles failed to convert the 2-point conversion. The Tigers led the Eagles 8-6 after one quarter of play.

Early in the second quarter Asher would again break another long touch run of 47 yards, and the Eagles would take the lead 13-8. That would be the only score of the quarter by either team.

The Eagles started the third quarter on a drive that took nearly six minutes off the clock. Asher would once again find paydirt on a 4-yard run and Leslie would extend the lead to 19-8, after missing the PAT.

Leslie County would fumble early in the fourth quarter, which led Rice finding Abner on a 24-yard TD pass, but fail to convert the 2-point conversion. The Eagles offense would stall and have to punt midway thru the quarter. However, the Eagles would pick up a safety, when the ball was snapped over Rice’s head out the back of the end zone, extending the lead 21-14. Clay County’s Adam Collins would find the end zone on a 5-yard Jet sweep, with a little over 2 minutes remaining. Clay would go for the 2-point conversion and the lead, but the Eagles would hold and retain the lead. Clay attempted an onside kick and recovered, which led to a short TD run from Collins and missed 2-point conversion with 51 seconds.

The Eagles offense picked up a couple of first downs but would run out of time, and lose 26-21 in a heartbreaker. Leslie County will be in action next Friday, as they travel to Corbin, to play the Redhounds.