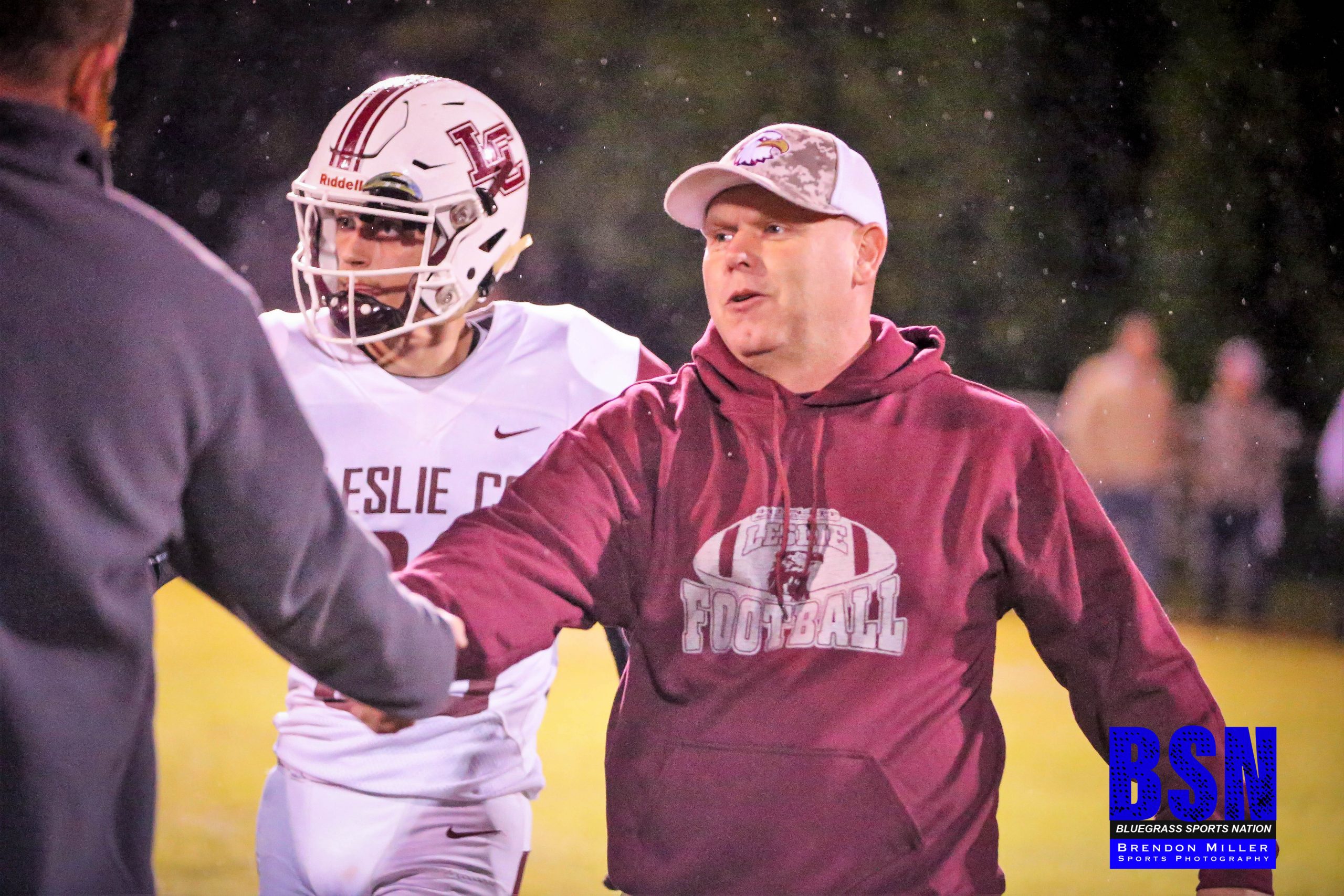 Cowbells, cannons, and air horns will soon be ringing out on Friday nights across the mountains. High school football fans are excited!

After a spring that saw an abrupt stop of sports at every level, a long summer of quarantine, wearing masks, and staying six feet apart, we arrive at the fall sports season. High School football coaches across the Commonwealth are making sure their teams are prepared and staying safe during a worldwide pandemic. Coaches usually have several weeks to make certain they’re ready to take the field in the fall. However, this year due to Covid 19, teams have only a handful of weeks to prepare.

The Leslie County Eagles finished the 2019 Season with a record of 5-5, and third in 2A District 7. The Eagles were ousted in the first round of the playoffs by District foe, the Middlesboro Yellowjackets. Veteran coach Ed Melton and the Eagles expect to see improvement on the field in the upcoming season.

Although, most media outlets have them ranked 20th in the state and 3rd in the District, the Eagles are returning a majority of their skill players, including Senior Trent Asher who may be one of the most underrated players in the state. Asher led Leslie County in rushing and receiving yards in 2019, accounting for 885 yards rushing and 621 yards receiving. Asher will be joined in the backfield by seniors, Brannon Stubblefield and Preston Spurlock. Stubblefield rushed for 685 yards and 11 touchdowns in 2019. The trio will be a nightmare for opposing teams to slow down on Friday nights.

Senior Quarterback Zack Parker will be at the helm of the offense. Parker’s 2019 campaign featured 1244 passing yards and 14 passing touchdowns. The offensive line is only returning one starter in Junior Caleb “Smiley” Fugate, who will transition from guard to center in 2020. However, the line will not lack experience, as Junior Jared Johnson and Sophomore Bradee Davidson received a lot of reps during the 2019 season. The Eagles look to boast a high-powered balanced offense, that will feature a 3 headed monster in the back field.

The defense will be anchored by Senior Linebacker Preston Spurlock, who is a 4-year starter and one of the top linebackers in the mountains. He is surrounded by a solid group of linebackers, Junior Tyler Osborne and Sophomore Bryce Pugh who both will look to make a huge impact in 2020. The Defensive line will return several key starters, Juniors Wyatt Gay, Caden Gilbert, and Hunter Begley. This trio is a group of solid athletes that have the ability to make big plays, and will need to do so in order to contend for a District title in 2020. Coaches are looking for a much-improved defense from the 2019 campaign.

The Eagles will have to wait until September 18th before the kickoff of their season. They will travel west on the Hal Rogers Parkway to face the Clay County Tigers, hoping to avenge the 2019 loss to the Tigers at home. The following week they will travel down Interstate 75 to face an old district foe from the past, the Corbin Redhounds, in a game just announced this week. A home game against Williamsburg and Harlan will feature the rest of the non-District opponents. The district schedule will have the Eagles traveling to Middlesboro and Knott County Central, then playing at home against Morgan and Breathitt Counties.

The Eagles will set their sights on winning the district title in 2020. The pieces appear to be there for them to take the next step. However, the Coaches will tell you that accomplishing this task, will require a team effort. It will take hard work in the weight room and on the field, and the players giving their all every practice and every play.