Weston Miller Fires a 70 to Win in West Virginia 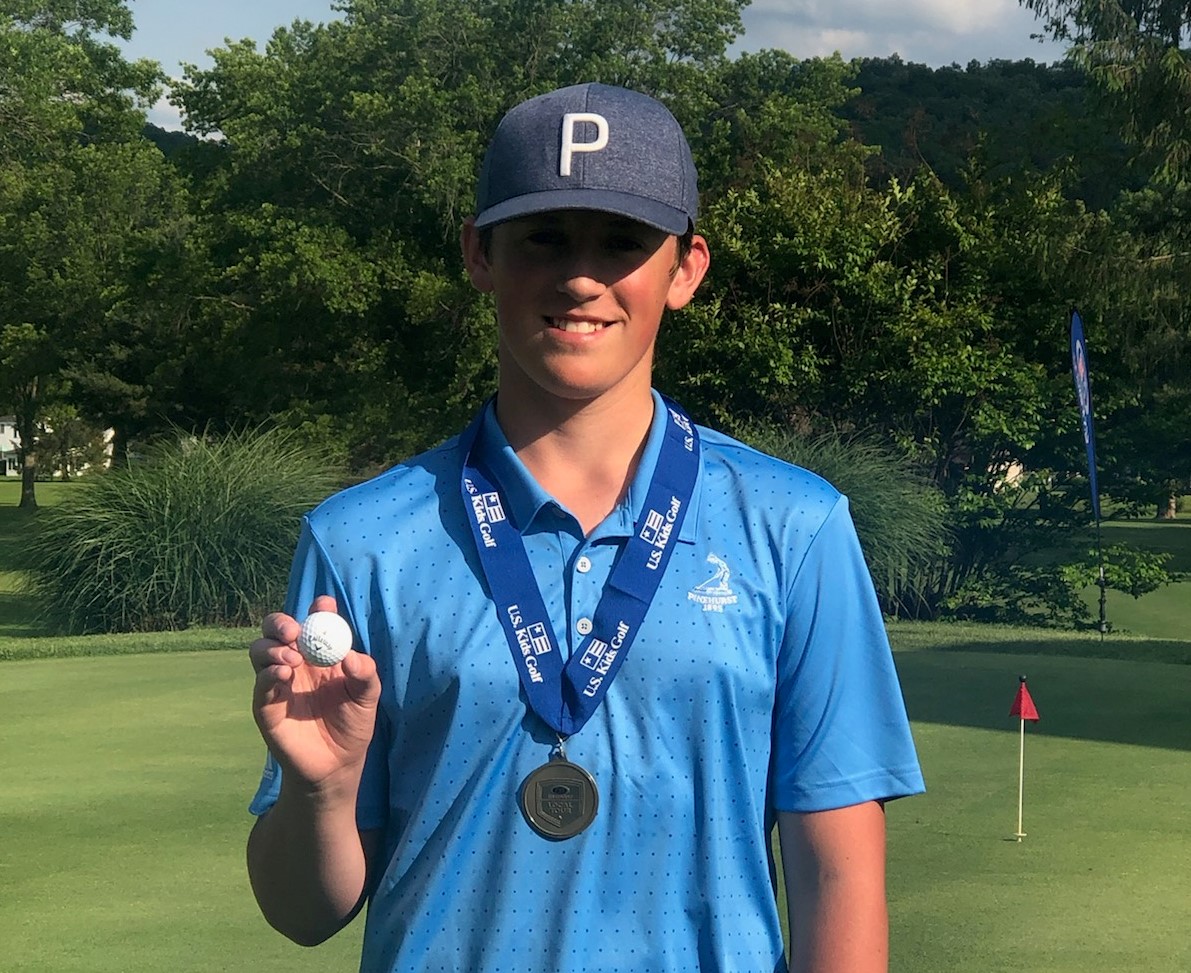 Junior golfers across the country endured the long winter anticipating the spring and a return to competition. That wait was extended this year due to covid-19 which continues to impact tour schedules and how events are conducted. Weston Miller and his father, Terry, spent the winter months practicing and planning the tournament schedule for the upcoming year so it has been discouraging as events have been cancelled or postponed most of the spring.

However, Miller has remained patient and fortunately been able to resume practicing.  This patience served him well as he competed in his first event of 2020 on the Hurricane Junior Golf Tour in mid May. Weston held the round one lead after posting 75 on the University of Kentucky Big Blue course, home of UK’s golf teams. Miller had a hot start to round two as he was four under par thru twelve holes. A few mental mistakes late in the round resulted in an even par round of 72 and a playoff. Unfortunately Weston would lose the event in the playoff, but it was an encouraging start to 2020.

The next scheduled start was in Charleston, WV on the US Kids Golf Tour, a series of typically six spring tournaments with the opportunity to qualify for the world championship at Pinehurst, NC. The Charleston event was cancelled due to flooding but better weather prevailed this past weekend in Huntington at the Esquire course.

Weston posted a round of two under par 70 to win by seven shots. The round included an eagle as Weston holed his second shot on a par four with a pitching wedge from 129 yards!  Next week Weston will make the trip to Edgewood just outside Charleston.

Weston’s scoring (72.33) has been exceptional early in the year but his father insists the best is yet to come. Weston is driving, putting and hitting his irons really well but his scoring will get even better as his wedge play gets sharper inside 100 yards and gets a few more competitive rounds in.

Best of luck this summer to Weston!